It’s an unwritten rule that forthcoming flagship televisions, regardless of their size or resolution, debut at the Consumer Electronics Show. This evening, it was Samsung’s turn to show off its newest wares at an event preceding CES 2019. And it didn’t disappoint.

Easily the most impressive was the Korean company’s two MicroLED displays, dubbed “The Wall” and “The Window,” respectively. (Samsung debuted a 75-inch version of The Wall in January last year, but these are entirely new models.) Their gargantuan size is novel in and of itself — The Wall measures 219 inches diagonally. But what really makes the two displays special is that they can be reconfigured to any resolution, aspect ratio, size, or shape — whether that’s 1080p 16:9, 21:9 (for widescreen film), or something a little less conventional, like 32:0 or 1:1. 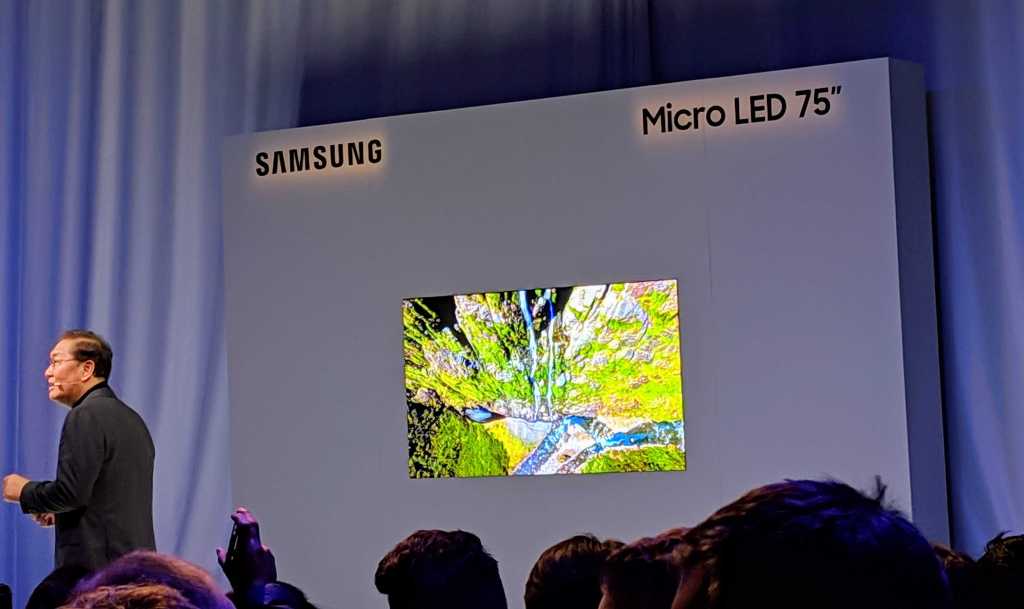 Therein lies the beauty of MicroLED, an underlying display panel technology that combines millions of inorganic red, green, and blue microscopic self-emitting LED chips to produce a brilliant picture. Basically, MicroLED transfers micrometer-scale LEDs into LED modules, resulting in what resembles wall tiles consisting of clusters of nearly microscopic lights. Mounted together as a uniform canvas and plugged in, they create a visual experience that’s truly a sight to behold.

Samsung claims that The Wall’s MicroLED tech has 2 times superior color purity and a wider color gamut than conventional LED displays. And it says its superior reflection black technology enables it to deliver industry-leading black levels. Time will tell whether those claims hold water, but in the Bristlecone Ballroom at the Aria — Samsung’s demo environment of choice — it looked pretty darn good. 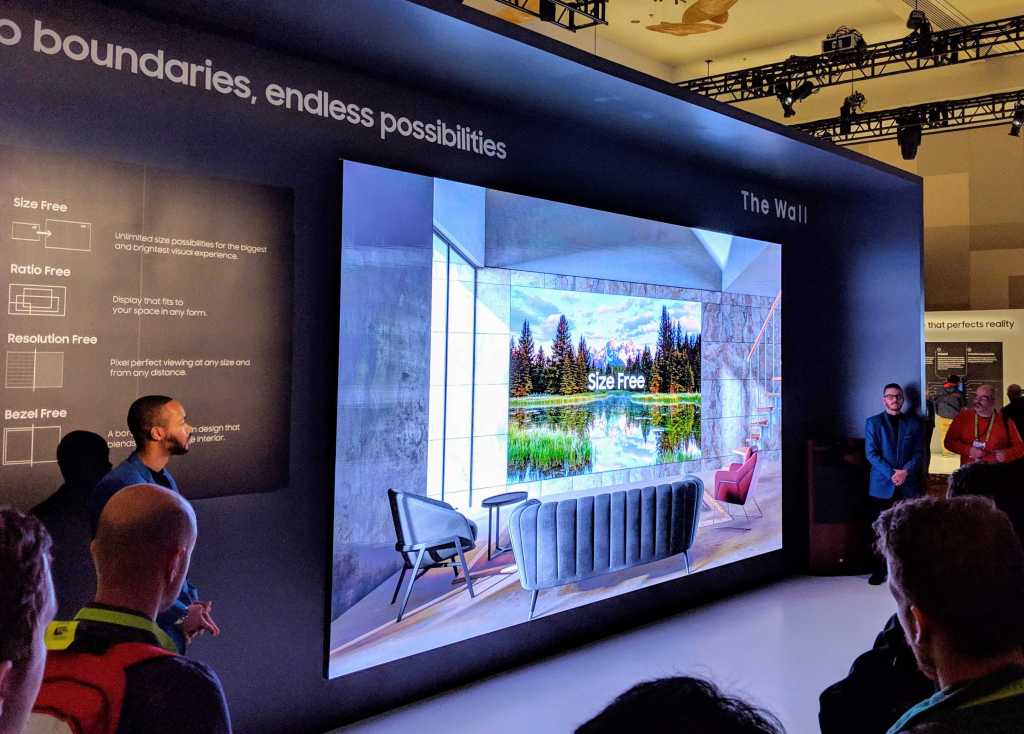 It’s the same tech inside Samsung’s 75-inch MicroLED 4K TV, which was also demonstrated this evening. It might not have The Wall and The Window’s “wow” factor, but it’s a respectable set in its own right — it’s bright, colorful, and just as reconfigurable as its big brothers. Perhaps more importantly, it’s not impractically large for a home living room.

When — or rather if — these TVs make it to homes, stores, airports, and other venues is anyone’s guess. But rest assured, you’ll know them when you see them. They’re kind of hard to miss.

Samsung kept something up its sleeve until the tail end of Sunday’s event: Support for Amazon’s Alexa and Google Assistant will come to the company’s consumer TV lineup in 2019. Users will be able to control the company’s upcoming QLED televisions with the intelligent assistant of their choice — provided they have a smart speaker, that is.

The thing is, the TVs won’t have either Alexa or Google Assistant built in — Samsung’s homegrown Bixby will remain the only native assistant. Instead, it’ll merely support volume controls, power toggling, input switching, and app launching via speakers like the Google Home or Amazon’s Echo.

Still, it’s better than not — right?