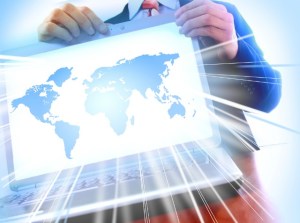 Netflix again leads the pack as North America’s largest consumer of Internet bandwidth, creating 32 percent of peak downstream traffic, according to the 2011 Sandvine Internet Phenomena Report, which was released today.

The video-streaming component of Netflix is responsible for nearly 28 percent of all bandwidth usage nationally. Real-time entertainment services are the primary drivers of traffic, with especially heavy bandwidth consumption for music and video content.

The report also highlighted the rapid shift of Internet traffic away from desktop devices such as PCs, to all other forms of net-connected devices, such as set-top boxes, game consoles like the Xbox 360, the Playstation 3, smart phones and tablet devices. Only 45 percent of Internet traffic on fixed networks now goes to laptops or desktop computers, according to the report.

“The fact that more video traffic is going to devices other than a PC should be a wake-up call that counting bytes is no longer sufficient for network planning” said Dave Caputo chief executive officer of Sandvine. “Communications Service Providers need to have detailed business intelligence on not only the devices being used but also the quality and length of the videos being watched so they can engineer for a high subscriber quality of experience and not simply adding capacity through continuous capital investment.”

In spite of its prodigious consumption of North America’s broadband Internet resources, things have not been rose for the company with delightful red envelope. Netflix lost 800,000 customers during the 3rd Quarter, and Bloomberg reported today that the company has laid off 15 of its staff, mostly in human resources.