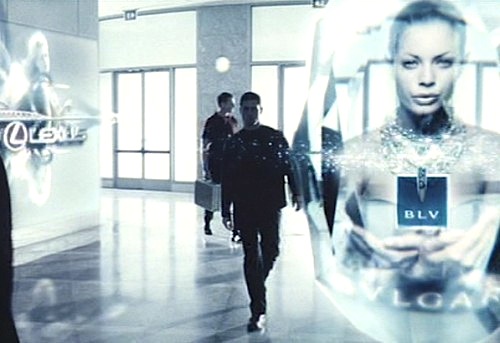 In a straight-out-of-science-fiction move, a new ad campaign can scan your face, determine your gender, and deliver a specific message if you are a woman.

It’s hard to not make a reference to Minority Report, the 2002 Tom Cruise movie, when describing this technology. In the movie, Cruise’s character walks into a shopping mall and has his eyes scanned by an advertisement which greets him by name. It sounds creepy and like an invasion of privacy, but we aren’t too far away from that kind of technology.

The Independent reports that children’s charity Plan UK is releasing the campaign, called “Because I Am a Girl,” to benefit girl’s education in poor countries. The ad will include a computer, a touchscreen, and a high-definition camera that can scan the faces of passersby and determine their gender.

Women and girls will be shown a full message from the charity, while males will just see a message directing them to the charity’s website. The camera measures the distance between facial features to determine gender and the ad’s designers say it will be 90 percent accurate.

This technology is not the first of its kind; in fact, the Venetian hotel in Las Vegas has ads that can give recommendations to passersby. NEC in Japan also collects information like gender and age from scanning shoppers’ faces. Clear Channel, the company producing the ad, says that no personal data will be stored, but I can’t help but think it all sounds a lot like Big Brother.