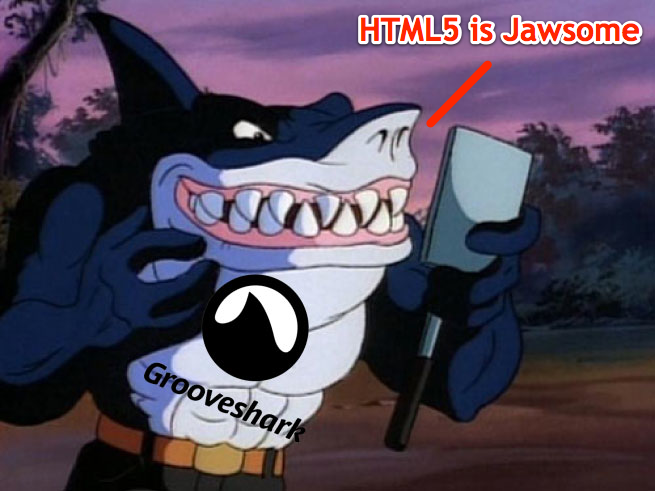 Shortly after getting its Android app kicked out of the Google Play store, Grooveshark is rolling out the full version of its HTML5 web app today.

For those not familiar with it, Grooveshark is a streaming music service that relies on its users to upload songs to the cloud. People can then share or add those songs to genre-specific channels, much in the same way you can with YouTube videos. The service is unlike popular rivals such as Pandora and Spotify because it doesn’t have expensive licensing deals allowing it to play copyrighted music. And because of this, Grooveshark has run into legal battles with major music publishers that claim the startup is either infringing on copyrights or owes them royalty payments.

Many speculate that Grooveshark’s legal woes are what caused its mobile apps to be banished by mobile app stores. Not only has Apple banned Grooveshark’s iOS app, but Google has kicked it out of its Google Play store (formerly called the Android Market) on two separate occasions — with the most recent happening last week. Google claimed that Grooveshark’s app violated policy but remained vague on exactly how.

The move has pushed the startup to focus on its HTML5-based web app, which it says retains all the functionality of its iOS and Android versions. Grooveshark first released a beta version of the HTML5 app back in January, and it seems that not a lot has changed since then.

Having played with the full web app across multiple platforms, I experienced minimal complications when using Safari on both the iPhone and iPad. My sole Android device, a Nexus 7, didn’t fare as well. At first songs didn’t catch in the playlist and required refreshing the page to fix. Once music did begin playing, I didn’t have any problems, and the overall experience was on par with other music services.