Skype today announced Skype for Web is now available to everyone in the U.S. and the U.K. Furthermore, Skype for Web will be rolling out worldwide “in the next few weeks.”

Update on June 15: Skype for Web is now available worldwide. Also, Chromebook and Linux users can now use the service for instant messaging.

To use the service, just fire up web.skype.com and sign in. You’ll be able to access your Skype contacts and conversations without having to download and install the app. The online service supports Internet Explorer, Chrome, Firefox, and Safari.

Skype for Web launched as a beta in November, but only for a “small number of existing and new users to begin with.” At the time, Skype said the service would be “gradually rolling out worldwide in the coming months.” 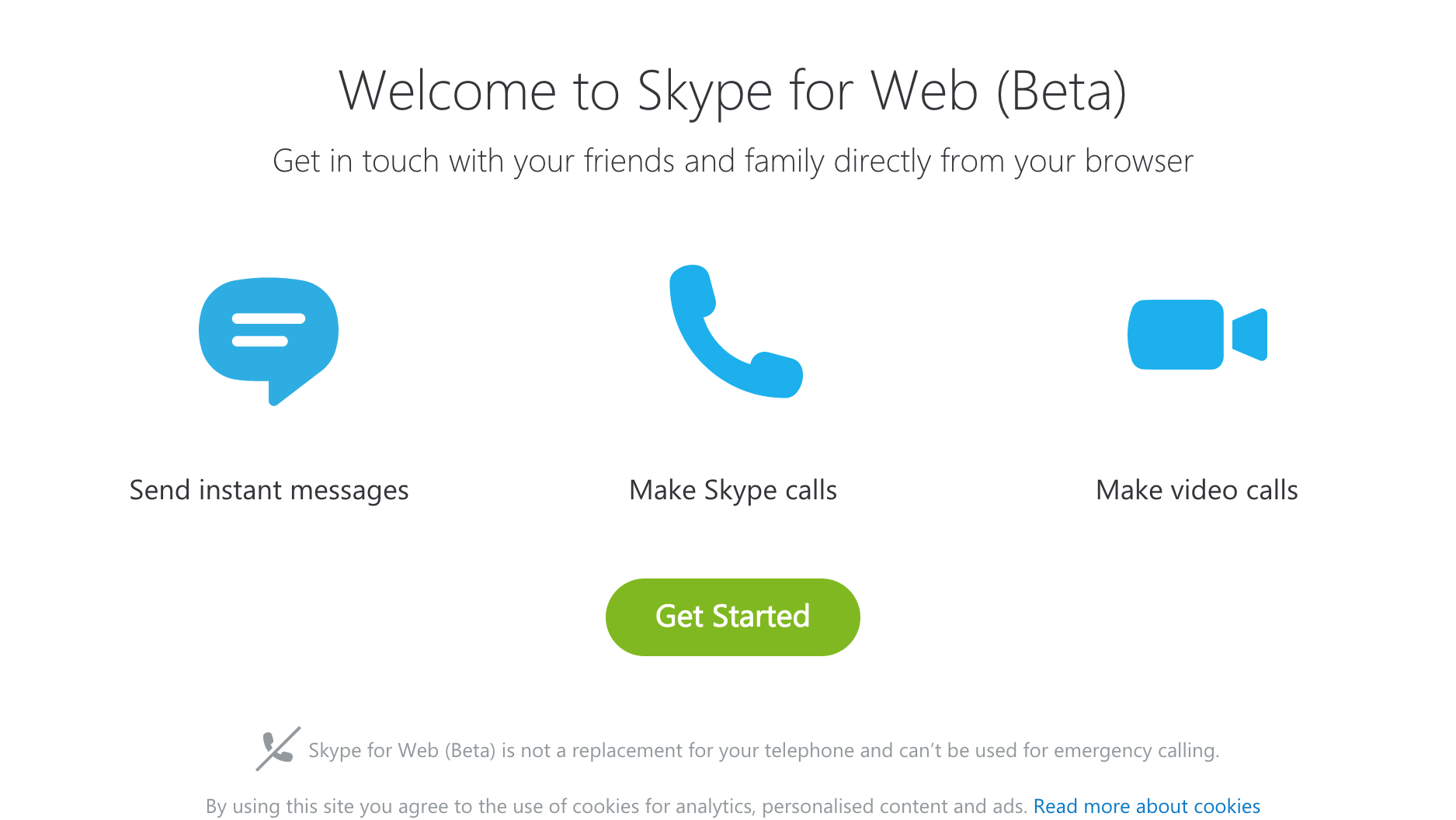 More than six months later, that time has finally come. The main advantage of Skype for Web is that you can use it anywhere: Finding yourself using a computer that doesn’t have Skype installed is no longer an issue. Unfortunately, while you don’t need to install the whole Skype app to use the service, Skype for Web still requires a plugin to make calls.

Eventually, Skype wants to offer plugin-free calling on all major browsers, powered by Web Real-Time Communication (WebRTC), the standard toward which all online video calling services are moving. WebRTC is an open project that lets Internet users communicate in real time via voice and video simply by using a WebRTC-compatible browser. It enables Web app developers to include real-time video calling and data-sharing capabilities in their products, which can range from games to video conferencing tools.

Chrome, Firefox, and Safari all already support the standard, so the sticking point has been implementing the WebRTC standard in Internet Explorer. The good news is that Microsoft Edge supports WebRTC. While Skype didn’t say, we suspect that’s what the Microsoft-owned company is waiting for: After Windows 10 has been out for a few months, we suspect Skype for Web will start to transition away from the plugin requirement.