Skype lets you send files, photos, video messages, emoticons, and even Unicode characters, but not emojis. Instead of doing the logical thing and adding support for emojis, the Microsoft-owned company has decided to create its own “brand new way to express yourself” — Skype today launched a new feature called Skype Mojis, which it describes as “a step on a journey to make Skype a more personal experience.”

More specifically, Mojis are short movie and TV clips from Microsoft’s partners. Universal Studios, Disney Muppets, and BBC are onboard at launch, with “other studios around the world” to follow.

Those studios translate to Mojis from the following movies and TV shows: Despicable Me, Bridesmaids, Pitch Perfect, Jurassic Park, Doctor Who, Muppets, and more.

To send a Moji, open up the emoticon picker or tap the J button. You can browse by movie, show, or expression; preview the Moji; and share it directly in your Skype chat.

Skype says it “handpicked the funniest, craziest, and most iconic moments.” So this is not just a random amalgamation of clips.

Here is Skype’s pitch to the user:

Sometimes real life feels like it’s straight out of a movie and mere words just don’t do it justice. Now, when you send a message on Skype, you can personalize your chat and pull your favorite TV or movie moments in to do the talking for you. Mojis are short clips from your favorite movies and TV shows that you can put directly into a Skype chat when words aren’t enough to capture for that “ah-hah,” “haha,” or “yikes” moment.

I had the opportunity to play around with the feature last night, and Skype’s pitch to studios became quite obvious as well. In short, these are really just advertisements to buy and rent the content from the Windows Store.

When you send a Moji, the movie/show and watch link show up immediately. When whoever you’re corresponding with sends a Moji, the details and link only show up after you’ve played the clip. 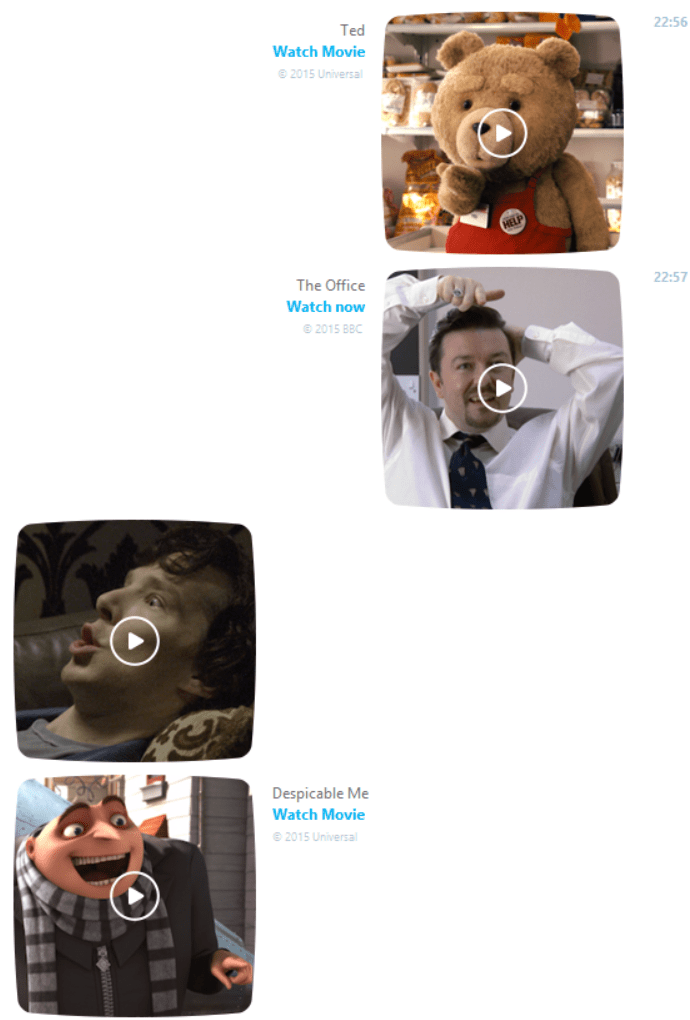 Regardless of who the sender is, the link takes you to a page that gives you more details about the original movie or TV show. You can read and browse around, but the main expected action (as denoted by the word “watch” in the link as opposed to “learn more”) is to rent or buy the flick to view the full version. For example, here are the links for Ted and The Office.

Mojis are available on Windows and Mac:

They are also available on Android and iOS: 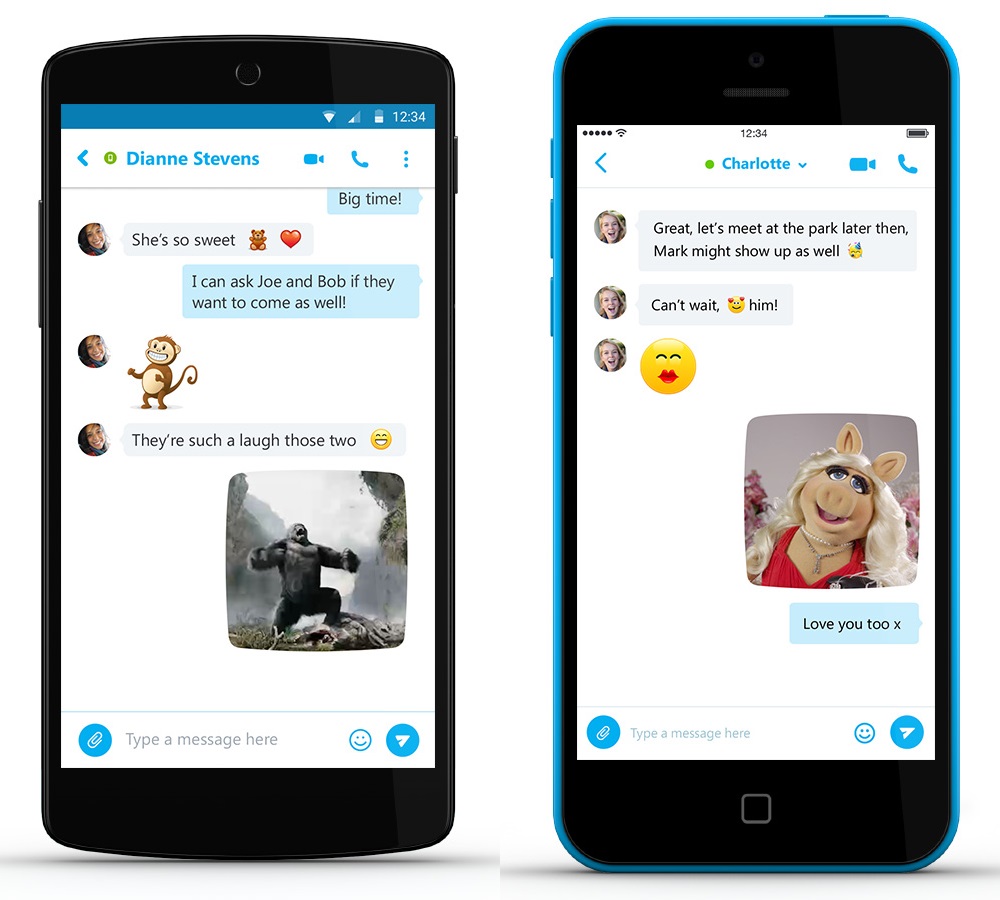 Windows Phone, where art thou? “Windows Phone continues to be an important investment for Microsoft, we plan on releasing Skype Mojis to this platform in the future,” a Microsoft spokesperson told VentureBeat. Once again, Microsoft has not prioritized its own mobile platform. Hopefully, that will change when Windows 10 Mobile arrives.

In the meantime, if you’re a Windows, Mac, Android, or iOS user, you can update your Skype client to try the new Mojis. They will be available in the emoticon picker under new tabs: Hollywood, Muppets, and BBC.

Skype is naturally asking for feedback on this addition. I’m willing to bet all the money that it took to develop this feature that the number one request will be to add support for actual emojis.

Don’t get us wrong, it’s a great idea, but Skype needs to catch up to the competition before it can start leapfrogging.

Skype is also getting new emoticons: a yogi, crying while laughing, and “a slew of spooky characters just in time for Halloween.” There are also some hidden ones that you’ll have to hunt around for.