In July, Eric Wahlforss revealed that the company he cofounded, SoundCloud, had plans to launch a subscription service as a means of generating more revenue. Fast-forward nine months later, and it’s now here to take on Tidal, Spotify, and Apple Music. Called SoundCloud Go, it allows the service’s 175 million monthly listeners to access a catalog of 125 million tracks from 12 million creators. It’ll be available right through the SoundCloud app. 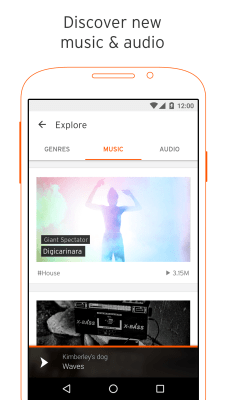 To start, only those in the U.S. can access this premium service, with other territories coming later this year. It’ll have a base price of $9.99 per month, if you sign up through Android or the web. But because Apple charges an additional transaction fee, those that sign up via iOS will have to pay $12.99 per month, just like with Spotify. Of course, you can just pay the lower price with Android and still listen to the service on your iPhone.

Active Pro Unlimited creator subscribers can get SoundCloud Go for a discounted rate of $4.99 per month for the first six months.

SoundCloud has partnered with Merlin; Sony Music Entertainment, which previously pulled its music from the service last year; Warner Music Group; and Universal Music Group to obtain licenses to songs. You’ll be able to access not only songs from renowned artists, but from independent labels as well. Some of the features of Go include offline listening, “total control” over what music you want to listen too offline, and an ad-free experience, which is what many competitive services currently offer.

But a company spokesperson told VentureBeat that SoundCloud Go offers something more: “With our Stations and Playlists features, SoundCloud listeners are able to discover and listen to the biggest-named artists and freshest remixes side-by-side, something which isn’t possible on most other services. For subscribers, this will provide even more breadth and diversity of content to enjoy through these features.”

Official partnerships with the major record labels are a good sign for SoundCloud, which has been criticized before for failing to pay artists and labels properly. It had been reported that the company agreed to pay 10.5 percent of its revenue to the National Music Publishers’ Association for its subscription service. 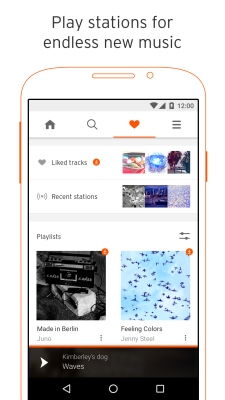 When asked, SoundCloud said that the revenue artists received from their label, publisher, or distributor would depend on the terms of the deal the artist struck with that third party. “A label, publisher, etc. would itself have to be an On SoundCloud premier partner in order for it to be able to earn and distribute revenue to its artists. If you’re not signed to a label or publisher and distribute your tracks yourself as an On SoundCloud Premier Partner, then you’ll receive your revenue share payments directly from SoundCloud.”

SoundCloud originally launched as a way for amateur musicians and artists to upload and share their audio files with each other and fans. At one point, Twitter was looking at acquiring the company. But it has since matured, even bringing on board former NBCUniversal and HBO executive Alison Moore as its chief revenue officer.

“SoundCloud Go represents our vision of the future of music streaming: a platform for creators to collaborate on; for fans to discover the latest tracks, enjoy legendary music and connect with their favorite artists; and for our unique creative community to have the opportunity to be paid for their work,” said SoundCloud CEO Alexander Ljung. “We are proud to offer the ultimate music streaming choice for both artists and fans, and together with the music industry, enable artists at all stage of their careers to be heard on SoundCloud.”