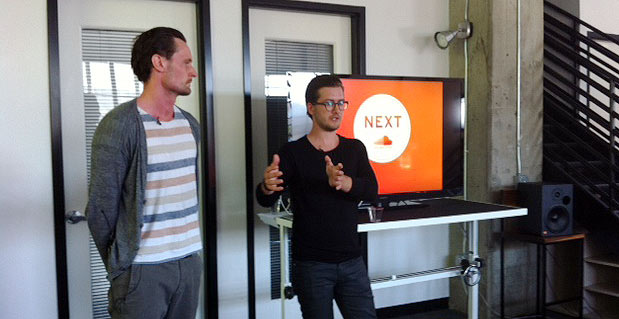 The audiophiles at SoundCloud, the large sound-sharing platform, unveiled a completely rebuilt web app at its office in San Francisco Wednesday. The new app is only in private beta to start, though ten thousand invites are being sent out today.

“We’re launching uncomfortably early,” said chief officer Alexander Ljung of the new app. He said getting feedback from SoundCloud’s community is necessary to get the app into fighting shape and ready for its public beta in a few months.

Four-year-old SoundCloud has over 15 million users sharing songs, podcasts, family moments, and any other audio recording they can think up. Major musicians use the platform (Snoop Dogg recorded a special SoundCloud shout-out for the event), as well as news publications (The Economist, NPR), and politicians (Mayor Bloomberg). The company’s new mission is to “unmute the web,” making sound on the Internet as rich as it is in real life.

The new web app is optimized to work on all browsers and mobile devices. It has improved social-sharing, including the ability to repost sounds you like (a feature inspired by Tumblr and Pinterest) and real-time notifications when someone adds a new sounds or likes one of yours.

The interface is updated with a sleeker waveform player, profile pages, and easier navigation. But the features SoundCloud users are probably most pumped for are related to the audio itself. You can create and share sets of your favorite files, which appear as one clean waveform, and listen to any file in the background sans interruption while browsing the site. There is also continuous playing, so you can listen to file after file without having to hit play.

Other cool new features are set to roll out in the coming months.

“A lot of the cool things we are able to do are under the HTML5 umbrella,” said fo-founder Eric Wahlforss. The founders cited the improvement in browser technology as a reason they’re able to focus on a web app instead of having to make stand-alone apps for each platform. 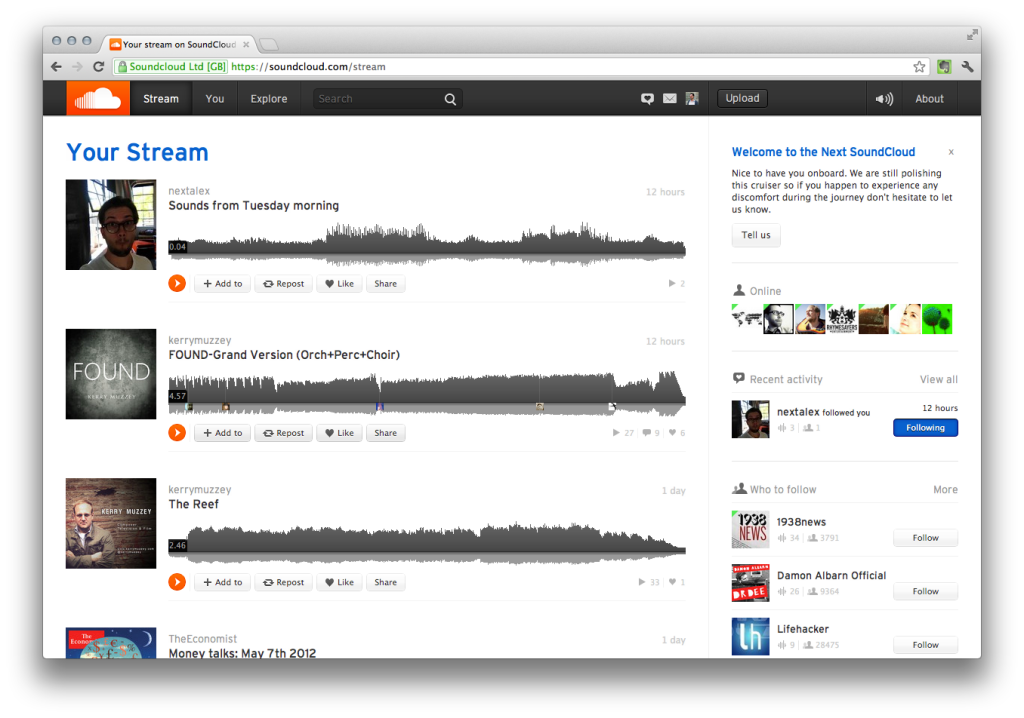