I stayed deliciously ignorant of the press around Rogue One: A Star Wars Story before I saw it last night. I’d agree with VentureBeat’s Chris O’Brien that it is one of the best Star Wars movies ever. And one of its accomplishments was completely unexpected: computer-generated humans that fooled me.

When I first saw Grand Moff Tarkin, the evil Imperial leader of the Death Star in the original movie, appear in Rogue One, I was surprised. I had forgotten that Peter Cushing, the actor who played him, had died in 1994. I thought, “He was old in the first movie. He must be really old now.” 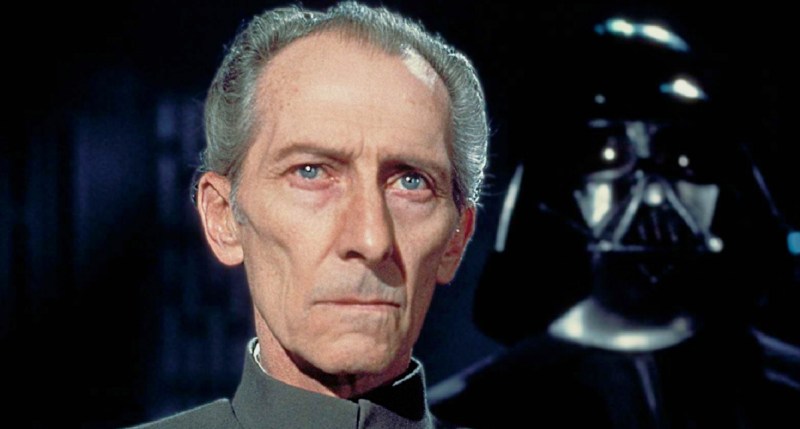 Above: Peter Cushing in the original Star Wars movie.

But as I discovered afterward, Rogue One’s Tarkin was entirely computer-generated. He’s the first virtual human being that really fooled me into thinking he was human. I didn’t detect any subtle flaws in his face or movements or voice, even though he had multiple scenes in the film. I expect that the Tarkin scenes will generate as much conversation, especially in Silicon Valley, than the rest of the movie, at least among geeks.

In doing so, Tarkin is the first computer-generated human that gets me past the uncanny valley, the notion that the more you try to make a computer image look like a human, the more eerie or repulsive it is to human observers.

For years, computer animators have tried to get over the valley, creating lifelike humans with more and more elaborate techniques. But many don’t even try to reproduce human faces, which are the hardest thing to generate. That’s why we got characters like Jar Jar Binks instead.

For the new Star Wars movie, the fact that Cushing’s likeness fooled me and others is a bigger deal than any of the explosive special effects.

Director Gareth Edwards credits the movie-making magic of Industrial Light & Magic, George Lucas’ special effects studio, now owned along with Lucasfilm by Disney. ILM captured the human-like structure of a Tarkin look-alike and then used motion-capture to capture his movements and transform him into a computer-generated image. Then ILM’s artists modified the face to look like Cushing.

The actor behind the new character was Guy Henry, who stars in the British medical drama Holby City. John Knoll, the visual effect supervisor of Rogue One and the chief creative officer at ILM, proposed the idea to Edwards and led the project.

It helps that Cushing, while memorable in his original Star Wars scenes, is a distant memory for most of us. I also wasn’t expecting it in the context of the film, whereas I kept wondering how they would handle the likenesses of some of the better-known characters.

In fact, there’s another computer-generated character that didn’t fool me as much, because I knew that character was a lot older now. I won’t spoil that one.

The Tarkin scenes work well because he was one of the best villains from the original movie, next to Darth Vader. Tarkin ordered the destruction of Princess Leia’s home planet, Alderaan, which was destroyed by the Death Star. Since Rogue One is about the rebels who stole the plans for the Death Star, Tarkin’s role was clearly an important one, almost as critical as Vader’s presence.

The Tarkin imagery is already spreading far and wide across the Internet. If you haven’t seen the movie and you’ve read this far, I apologize for spoiling any of your fun. But it really is a great moment in the history of technology. Of course, the artificial being, the droid K-2SO, actually steals the show.

Update: We corrected a fact on Guy Henry, who did both motion capture and voice acting for Tarkin in Rogue One.