Popular steaming music service Spotify has launched a new application that offers access to the best bits from a wide range of comedians.

Comedy is one of the best things Spotify offers because, more so than music, you might just want to listen to a comedy album once without actually having to purchase it. Now Spotify has made it easy to find this material via a collection of playlists and comedians inside the app.

“By joining forces with Spotify, we are going to impact digital comedy like never before,” Bedrocket Media Ventures CEO Brian Bedol said in a statement. “This app will change the way we all access our favorite comedians and performances and take the experience to a whole new level.”

Take a look at the app in the screenshot below. 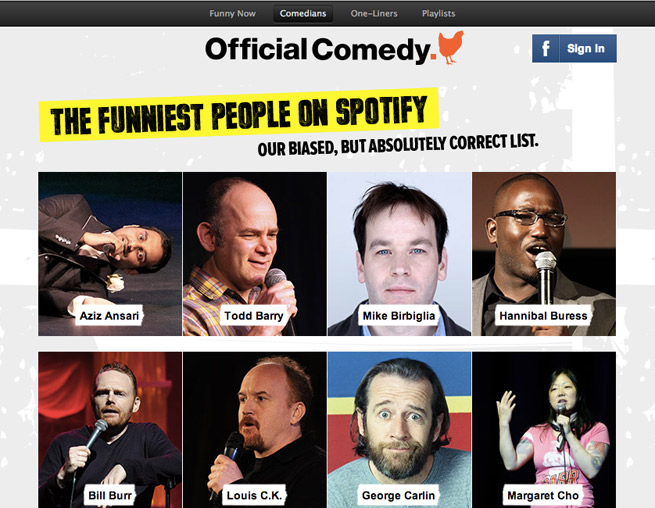