Spotify’s integration with Uber is here.

Starting today, Spotify subscribers can hail an Uber and stream songs via the car’s stereo within a single app.

Spotify announced its Uber deal earlier this week, and now the service is rolling out in 10 cities, including London, New York, San Francisco, and Los Angeles. But don’t be surprised if you can’t try out the new feature immediately; Spotify tells us it’s currently offered at the driver’s discretion.

In fact, that’s just about the only downside of the new feature. In our hands-on with the service, we found it worked quite smoothly and intuitively. And if drivers accept it ubiquitously, or if they’re ever required to do so, this could be a major differentiator for Uber.

Here’s a play-by-play of how the service works, for the curious.

If you’re in one of the 10 launch cities — London, Los Angeles, Mexico City, Nashville, New York, San Francisco, Singapore, Stockholm, Sydney, or Toronto — the Uber app will prompt you to connect your Spotify account the next time you open it. From there, request a ride, and if your driver has the service turned on, Uber will prompt you to pick a playlist: 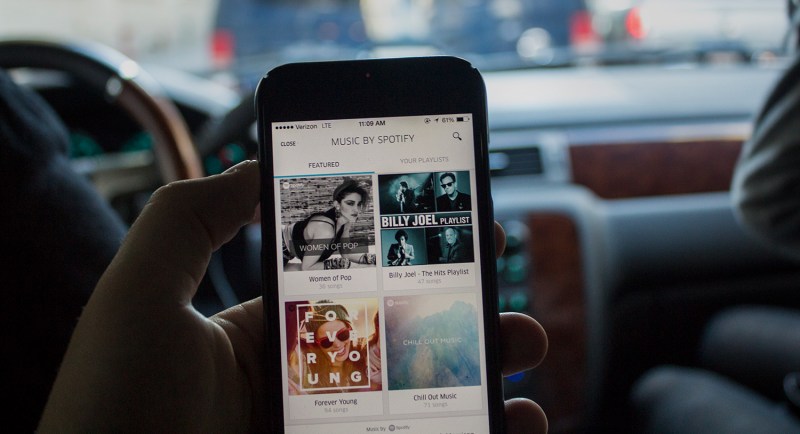 Uber is putting its curated playlists front-and-center, but the app also lets you choose from your own Spotify playlists. 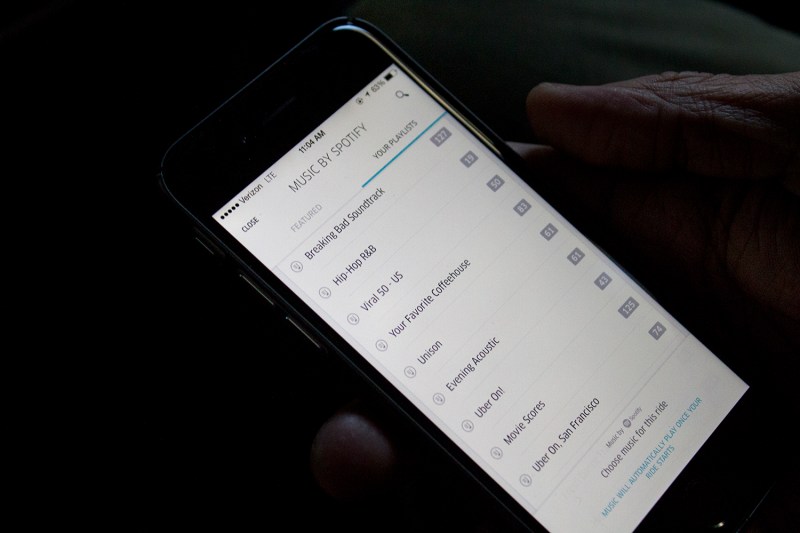 For now, the Uber app doesn’t allow users to search for a specific song. Uber tells us that feature is rolling out in the next few weeks (the search icon in the photo above is only available on internal builds of the app). 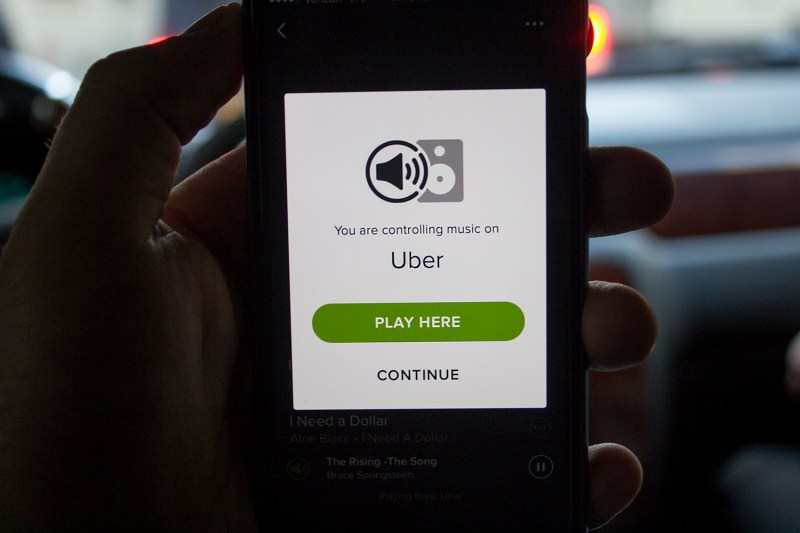 Spotify’s Uber deal is a big one, although it arrives at an inopportune time. Uber is currently under fire for comments made by one of its executives, in addition to increasing privacy policy concerns.

As we detailed above, Spotify’s integration with Uber is seamless. If you already pay for Spotify — that’s required for the service to work — it’s a cool feature that may help Uber stand out from the competition. And for Spotify, this deal may help the service grow its already massive user base.

However, if you want to hear a Taylor Swift song, you’ll have to ask your driver to turn on the radio.