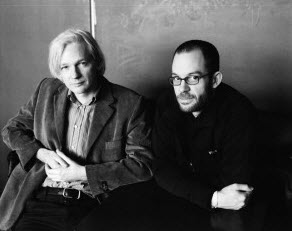 Former WikiLeaks members say they plan to start rival Openleaks on Monday as part of an effort to compete for official leaks with WikiLeaks.

The new site is being started by Daniel Domscheit-Berg and others who say that WikiLeaks founder Julian Assange has “weakened the organization,” according to CNN. It’s kind of ironic that some of WikiLeaks’ members found that its own process of getting information out stood in the way of the group’s goals. Assange has been arrested on charges of sex crimes; he is being held in Britain and could be extradited to face trial in Sweden. With yet another site devoted to leaking documents, governments and corporations may find it even tougher to keep their classified secrets.

In a documentary airing Sunday night on the Swedish TV network SVT, Domscheit-Berg (pictured, right) said that WikiLeaks has become too focused on one person, and “one person is always much weaker than an organization.” He also said the group hopes to launch on Monday. Openleaks says its goal is to help insiders deliver material to news outlets without being identified. The site will act as an intermediary, without a political agenda except the “dissemination of information to the meida, the public, non-profit organizations, trade and union organizations,” etc.

Domscheit-Berg said that WikiLeaks should have issued its disclosures more slowly, step by step, instead of doing it all at once. That presumably might have helped the group raise more funds to achieve its aims. In November, WikiLeaks disclosed more than 250,000 secret U.S. diplomatic cables. After that, it was hit with denial-of-service attacks, saw its corporate partners abandon it, and lost a number of major revenue sources.

In an apparent reference to Assange’s arrest, Domscheit-Berg said, “If you preach transparency to everyone else, you have to be transparent yourself.” Besides Domscheit-Berg, another former WikiLeaks member who is joining Openleaks is Herbert Snorreson. WikiLeaks spokesman Kristinn Hrafnsson declined to comment on Openleaks, except to say, “the more the better.”