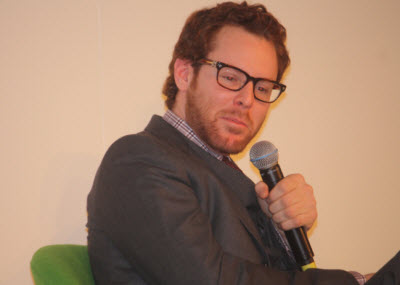 Sean Parker, of Napster and Facebook fame, might be part of a consortium bidding to purchase Warner Music Group. If he wins, he might get some sweet revenge on the fools (at least from his perspective) who sued music-sharing pioneer Napster and put it out of business, at least in its original form.

Parker is a dynamic character in Silicon Valley, so much so that he was played by Justin Timberlake in the Oscar-winning The Social Network film, based on the Ben Mezrich book “The Accidental Billionaires.”

AllThingsDigital is reporting that Parker is considering putting his money into a consortium to buy Warner Music Group. He is not yet part of the formal bid, but is aligned with a group led by investors Ron Burkle and Doug Teitelbaum. Warner’s owners are expecting to get $2.5 billion or more for the company.

Parker disrupted the music industry while at Napster, which was a free music-sharing site that helped destroy the CD business. Parker co-founded Napster in 1999, went on to address-book startup Plaxo, and guided Facebook in its early days. That latter job gave him a stake in Facebook that is now worth a ton of money. Forbes estimates his net worth is $1.6 billion.

Parker is an advisor and investor in Spotify, the streaming music service that has 7 million active users in Europe. But it hasn’t launched in the U.S. yet because it hasn’t cut deals with two big music labels, Universal Music Group and Warner. By buying Warner, Parker could solve one of those problems.