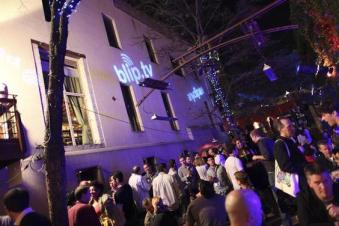 San Franciscans complain that Burning Man used to be better. New Yorkers claim that everything used to be better. While it’s no surprise that some attendees of the annual South by Southwest Interactive conference this past week in Austin, Texas, deemed SXSW to be “over” compared to previous years, what’s interesting is the why. The complainers cited three major themes.

This year’s Interactive portion of SXSW (there are also separate multi-day events around music, and around independent film) was the largest ever, with an estimated 12,000 attendees. ReadWriteWeb blogger Jolie O’Dell complained that the bigger crowd behaved much less like a group or friends. Her laptop was stolen and her car damaged, presumably by other attendees. In past years, O’Dell wrote, a greater sense of community and togetherness led to more talk about tech and less theft, damage, groping and ogling.

Nick Douglas, a former Gawker Media writer who now edits AOL’s URLesque blog, wrote that the number of big-brand, non-tech sponsorships and events made him wonder what exactly SXSW was about now. “More than ever, SXSWi is just a mass of people ready to be sold the same shit everyone else gets sold,” he wrote in a post for the SF Weekly.

Douglas also cited examples of greatly increased social tiering at the larger-than-ever conference. “We’re the crowd who demands VIP access,” he said. But, he added, “tiered access cuts crowds apart and hurts people’s chances of making meaningful interactions. The fence eventually shuts out more and more of us.”

One solution: Do some reporting

VentureBeat reporters Kim-Mai Cutler and Anthony Ha, who covered SXSW for our site, came back without complaining that “South-by,” as insiders call it, was too big, too impersonal, or too mass-market. That’s probably because they put extra effort into finding and reporting the actual technology discussions at the event. I counted at least five VentureBeat headlines from SXSW on Techmeme this week, and I wasn’t really paying attention.

The nutritious content is there at South-by. You probably need to work harder to find it. Here’s a suggestion: Stop looking in the VIP lounge.

P.S. Big brand sponsorships aren’t always a bad thing. Nikon and photo-tweeting site yfrog assigned a handful of popular bloggers to shoot and post photos and videos from South by Southwest, something many of the citizen journalists in attendance never get around to doing.