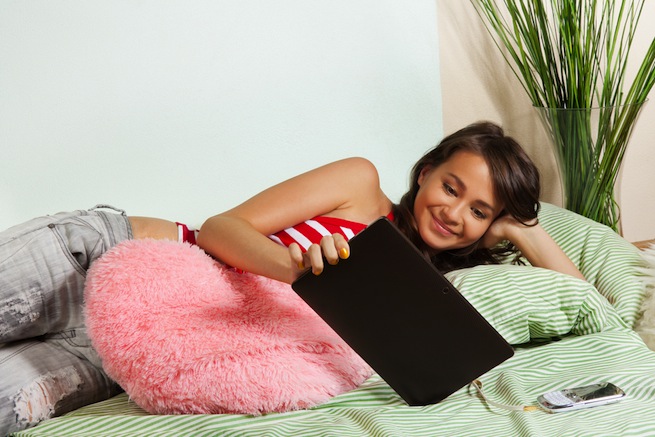 The tablet’s ability to deliver content has been considered a threat to PC and cable companies, but new data shows 85 percent of people using their tablets while watching the television, according to a report by Forrester.

The tablet is replacing laptops as second-screen devices, since we can do many of same tasks on tablets that we do on computers, including buying things, reading the news, and checking e-mail. Apple chief executive Tim Cook recently said the tablet will eventually cannibalize the PC. Sarah Rotman Epps, an analyst with Forrester, agreed and called tablets “couch computers” in her report. Given the many different avenues for streaming video, the natural conclusion is that tablets will eventually kill off the TV too, but Epps says tablets actually complement the TV watching experience.

As mentioned, 85 percent of tablet owners use the device while watching TV. Nielsen also says that 30 percent of tablet use happens while watching the television. TV companies are creating companion applications to engage viewers on a deeper level during their favorite shows. Even cable companies are creating their own video-streaming apps in an effort to get in front of the cord cutting trend — severing ties with cable operators in favor of services like Hulu Plus. Comcast’s Xfinity app is an example of this.

But tablets may still eat into part of the TV market. According to Epps, people are replacing smaller TVs with tablets in rooms such as the kitchen and bathroom. Thirty-two percent of tablet owners will not buy a 24-inch TV or smaller since purchasing their new, mobile device. But the same does not go for larger televisions.

“The reality is that consumers with tablets think their tablets are even smarter, and at least some of the time prefer to watch the content from their small device on the big screen,” said Epps.