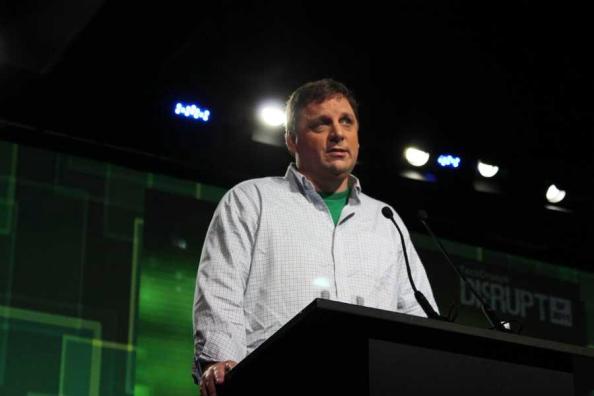 Michael Arrington, founder of technology blog TechCrunch and known for his fiery personality and zero tolerance for corporate authority, has “decided” to move on from the San Francisco-based tech news publication.

“It’s no longer a good situation for me to stay at TechCrunch,” Arrington said at his company’s annual conference TechCrunch Disrupt in San Francisco. “It’s a sad day for me because this is a baby and I built this and I built the team that built it.”

AOL’s statement today brings to a close a tumultuous few weeks at TechCrunch that raised questions about Arrington’s — and AOL’s — involvement in the tech news blog’s editorial operations. Arrington was in the process of raising a $20 million investment fund called the CrunchFund, and AOL is a significant contributor to that fund. AOL will still invest in Arrington’s CrunchFund, the company said.

“AOL will still be a partner in the CrunchFund and I’m really excited about that,” Arrington said.

TechCrunch co-editor Erick Schonfeld is now the editor-in-chief of the tech news publication. Arrington was still present at the company’s Disrupt conference and is still a speaker running the show. He doesn’t leave the company for a few more days, he said.

“Whether he’s an unpaid blogger, whatever his role is, Michael will always be a part of TechCrunch,” Schonfeld said.

AOL CEO Tim Armstrong had said earlier this month that he was very excited about investing in the CrunchFund and added TechCrunch “operates by different rules than other publications.” Arrington has also recruited a large list of other Valley venture capitalists to invest in the CrunchFund. But Armstong’s enthusiasm also raised questions about whether Arrington’s involvement in the CrunchFund would skew some coverage in favor of or against companies involved with the fund.

“I didn’t invest because I thought there would be privileged information rights from TechCrunch in the CrunchFund” said LinkedIn founder Reid Hoffman. “I would invest in the Mike Arrington fund because of your own network, I would do that independently.”