A book recently conveyed to me the horrors of the Hiroshima atomic bomb blast. But I can only imagine how much more powerful this history lesson could be if conveyed through virtual reality. That’s the ambition behind The Day the World Changed, a haunting new virtual reality film being shown this week at the 2018 Tribeca Film Festival in New York.

The Day the World Changed — created by VR visionaries Gabo Arora and Saschka Unseld — poses the question of what the catastrophes of the past can teach us about the future. The VR imagery brings the full catastrophic impact of the atomic bomb burst over Hiroshima in World War II. The bombing and the subsequent destruction of Nagasaki brought an end to the Second World War and saved countless American lives, but it also ushered in the age of nuclear weapons.

I recently read Midnight in Broad Daylight, a book about a Japanese American family that was separated by the war, with sons fighting in both the American and Japanese armies. Two of the brothers were reunited in the ruins of Hiroshima, where the destruction was intimately described. The book made a big impression on me, as did John Hersey’s Hiroshima when I read it in college many years ago. Such books preserve the memory of the horrific period of history, but the younger generation may never get around to reading them.

But VR is a modern medium. The filmmakers say their project shows how virtual reality can go beyond mere theatrics to spark critical social conversations and, ultimately, change. The film was produced with support from the Saul Zaentz Innovation Fund in Film and Media Studies at Johns Hopkins University, and it is making its official premiere at the 2018 Tribeca Film Festival. The AR/VR studio Tomorrow Never Knows is presenting The Day the World Changed in collaboration with International Campaign to Abolish Nuclear Weapons (ICAN), recipient of the 2017 Nobel Peace Prize.

Built as an “Interactive Virtual Reality Memorial,” the VR film brings viewers the harrowing impressions of the victims and survivors of atomic bombings and nuclear arms testing through firsthand testimonies, data visualizations, 3D scanning, and photogrammetry. The film will run in the Virtual Arcade that runs April 20-29 at the 2018 Tribeca Film Festival. The VR will be available on SteamVR. It was built with the Unity game engine. 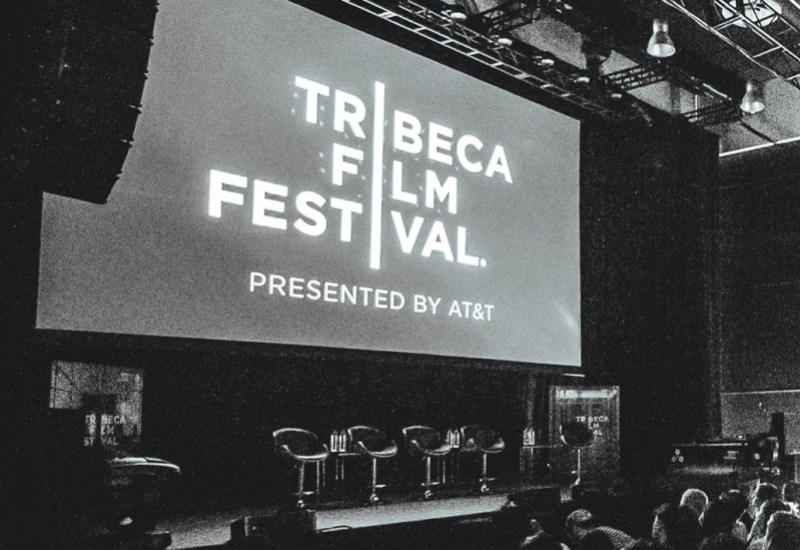 Co-created by award-winning filmmakers and virtual reality pioneers Arora and Unseld and produced by Jennifer Tiexiera, the social, interactive experience pairs groundbreaking technologies with rare survivor testimonies from Hiroshima to bring the terror of nuclear war to vivid life.

“Over the years, we have been desensitized to the consequences of nuclear war,” said Arora, in a statement. “We are living in a time when our Commander-in-Chief and leaders of other nations are openly calling for more nuclear weapons, taunting each other over their capabilities. Our intention with this work is to give voice to those victims of nuclear war asking the world to face this shared history and to recognize the true horror of these weapons.”

Added Unseld, “We want this to be an unwavering, uncomfortable experience for people. We want to turn on its head our obsessions and fetishizing of nuclear superiority as a symbol of pride in one’s country, but also to recognize the power of the virtual reality medium. By placing the general public inside the ruins of a tragic event like Hiroshima, we hope to activate a groundswell of support for the abolition of nuclear weapons, and to help ICAN generate momentum in their mission towards elimination.”

The Day the World Changed began as an original commission by Nobel Media to showcase the work of the 2017 Nobel Peace Prize-winning organization ICAN, a coalition that works to prohibit and eliminate nuclear weapons.

The first explores what led the United States government to develop and drop the world’s first atom bomb on Hiroshima, Japan on August 6, 1945, a catastrophic event that ultimately killed more than 90,000 people. The second chapter examines the aftermath of the bombing as users walk through the ruins of Hiroshima’s only remaining building and view authentic artifacts left over from that day.

The third chapter advances to the present day as viewers delve into the madness that ensued as the world raced to develop ever-more nuclear weapons.

“We find ourselves at one of the most dangerous moments since the dawn of the Atomic Age. It’s at moments like this that we must collectively look back and understand that nuclear weapons are quite simply indiscriminate weapons of mass murder,” said ICAN executive director Beatrice Fihn, in a statement. “The Day the World Changed isn’t just a story about the past, it is also about our future — it reminds us that these weapons are still here, threatening us, but we can do something about it.”