When commercial television made its debut in the U.S., programmers and brands quickly recognized the medium’s rich marketing value. And so began decades of variations in monetizing TV.

The first TV ad appeared in July, 1941 as a 10-second spot for Bulova Watches that cost $4 (or about $130 in 2014, after adjusting for inflation). By the 1950’s, with nearly 7 million TV sets in circulation nationwide, sponsorships became popular and companies served as underwriters for shows like the Texaco Star Theater and Kraft Music Hall. The 1960’s brought the advent of the 30- and 60-second ad, a model programmers preferred to sponsorships because it provided greater opportunities for more brands to advertise — and thus higher profits.

For several decades post- 1960’s, monetization remained relatively straightforward: brands subsidized content with advertising dollars and consumers watched as the Marlboro Man, Mr. Clean and The Energizer Bunny paraded through their living rooms during “commercial breaks”. The modern equation first changed when premium cable networks, like HBO and Showtime, placed bets that consumers would shell out dollars to watch no-ad programs in the comfort of their homes. DVD players, and later TiVo, gave viewers even more control over how and when they watched — and even more “no ad” options.

Today, 30- and 60-second ads are a staple and sponsorships are back (one could hardly miss the 2014 FIFA World Cup’s new referee’s board, designed to resemble luxury watches manufactured by World Cup sponsor Hublot), but nearly everything else about TV is different. Broadcasters are using new delivery methods and windows, new devices, and programming constructs. In fact, with 85 percent of the most popular television titles available through online video services, consumers can choose from a medley of payment and delivery models.

There are ad-free subscription services like Netflix, ad-supported services like Hulu, and pay-per-view/season (without ads). People can select a programming model to suit their mood, lifestyle or budget. They can opt to watch now or later, at home or on the go. They can pay by episode, season or annually, and watch the ads, or… not.

This “have it your way” TV world has given rise to the “Ads and the Ad-Nots” — ­new viewing demographics defined by individual preferences that don’t fit neatly into age, economics, geographies or other categories.

How can programmers maximize ROI with these new demographics?

In the ad, ad-not, and everything-in-between scene, programmers need to think strategically about their entire catalog of programming — and how to profitably deliver each offering to their audiences. A wide range of factors come into play in making those decisions, including an audience’s tolerance for advertising, where the programming is within its lifecycle, and the relative value of the programming itself. Some of these factors can be measured using analytics. 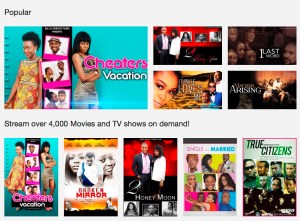 Above: A selection of on-demand video content from iRokoTV

Ooyala customer iRoko, the world’s largest online distributor of African movies and music, is a great illustration of how programmers can experiment, measure and refine their monetization models. When it launched, iRoko was a free service supported by ads, and after some experimentation, rolled out a subscription, ad-free offering of global TV series and movies. It was so successful with its Nigerian TV and movie content that it began licensing deals with major Hollywood studios in order to offer its viewers programming beyond its core “Nollywood” line-up.

In some cases, programmers determine at the outset that advertising may not be the best way to monetize a particular audience. They know there are a handful of reasons certain viewers are willing to pay a subscription fee: viewers may simply want to skip the ad experience, may be attracted by a single program or be willing to pay for a specific experience. Pivoting from its DVD-by-mail service, Netflix became an early ad-nots pioneer, banking on the fact that viewers would pay a fee for access to a broad catalogue of movies and TV shows, eventually parlaying its success into producing original programming of its own. 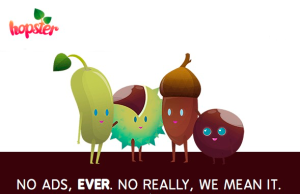 Hopster, is another good example of new breed of ad-nots programmers. The UK-based media company combines premium kids’ TV shows with educational curriculum and games, and offers it as an ad-free subscription service on tablets. After launching in December 2013, it became wildly popular (reaching the Top 10 chart in Apple’s Apps for Under 5s’ category within a month of launch) because parents were happy to pay for educational, age-appropriate content that was free of advertising and in-app purchases. It’s not a stretch to presume that this model, which works well for niche-specific content, will proliferate among larger and more traditional broadcasters and service providers.

As programmers stare down the ad/ad-not divide contemplating monetization models to attract their top audiences, they should look to advertising technologies to help them gain greater insights into viewers’ preferences. They can use these tools to learn who is watching, what they’re watching and when, and even which device they’re using. With this knowledge in hand, broadcasters can fine-tune programming to find the right audiences, timing, devices, and even storylines to maximize ROI. Programmers can determine when to run ads, or not, which audiences will tolerate advertising, and even how many ads they’ll sit through. And, they can experiment with fee structures to find viewers’ sweet spots.

The demographics that have been used for decades to inform ad decisions are clearly still very important, but in today’s digital ecosystem, programmers need information. With the host of options now available to viewers, preferences don’t always fit neatly into the categories commonly used in 1960 – or even in 2010. Publishers and marketers need to use technology and analytics to help them understand those preferences and find the monetization models that work best for them and their audiences.

Sean Knapp is a co-founder of Ooyala and currently serves as EVP and chief product officer. He oversees all products and engineering and helps define and execute Ooyala’s technology vision. Sean previously worked at Google, where he developed and launched the company’s customizable home page.