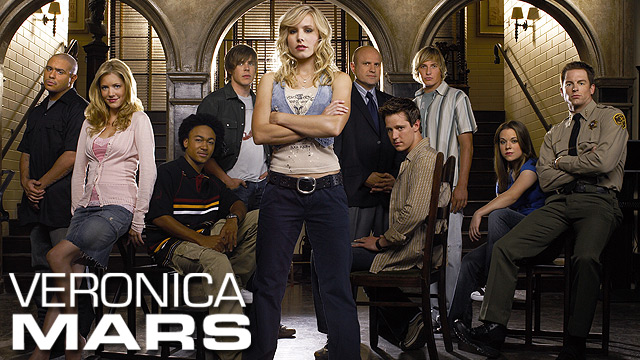 After years of rumors and waiting, fans of the detective series Veronica Mars got their wish today with the launch of a Kickstarter to revive the series as a film. Fans ended up raising $1 million on the crowdfunding site in around four hours, beating out the previous record-holder, the PC game Planescape: Torment, by two hours.

Veronica Mars starred Kristen Bell as a teenage detective who solved mysteries far outside the scope of a typical high school student. Think Dashiell Hammett meets The O.C. The show ran for three seasons, but fans have been clamoring for more ever since it was taken off the air.

By reaching $1 million, the project is now halfway toward completing its $2 million goal. Warner Bros. still owns the rights to the series, but creator Rob Thomas notes that the studio will come aboard if there’s enough interest from fans.

“Kristen and I met with the Warner Bros. brass, and they agreed to allow us to take this shot,” Thomas wrote on Kickstarter. “They were extremely cool about it, as a matter of fact. Their reaction was, if you can show there’s enough fan interest to warrant a movie, we’re on board. So this is it. This is our shot. I believe it’s the only one we’ve got. It’s nerve-wracking.”

Breaking Kickstarter records so quickly is exactly the sort of fan response Warner Bros. needs (and it didn’t even have to lift a finger!). I’m a huge fan of the show, and I’ve also been covering news about this potential movie for years now, so it’s good to see something really finally begin to take shape. (Full disclosure: I’ve also backed the project with probably more funds than is wise.)

The project’s success also bodes well for the future of film production and distribution. Television producers can now tap directly into their fandom to fund projects, even if they’re still shackled to a huge Hollywood studio when it comes to ownership rights. It’s also a big deal for fans of cult TV shows: We saw Universal revive Firefly for the film Serenity, and Netflix brought back Arrested development from the dead, but now there’s yet another way to bring their beloved shows back to life.

Update: The Veronica Mars movie reached its goal of $2 million in just 10 hours. Needless to say, fans are taking this well.

Hallelujah! It's a green light my friends. I love you all, but particularly the donors among you. #Veronicamars .@IMKristenBell

Production is scheduled to begin this summer, with a release in early 2014.