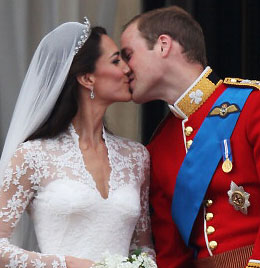 The royal wedding of Prince William and Kate Middleton generated traffic records as millions upon millions watched the live video on the internet.

Keynote Systems, a mobile and internet cloud monitoring service, said most news web sites held up pretty well. One major unnamed site got hit pretty hard with traffic. The site saw delays and sharp increases in response time due to a social media content item that didn’t “break” the page but delayed the loading of a particular region of the web site. By 7 am, the site removed that item from the page and the response times were back to normal, Keynote said.

The BBC site got hit pretty hard as did mobile carriers O2,  Vodaphone and T-Mobile. But none of the web sites monitored by Keynote saw outright failures.

Monitoring service Compuware Gomez also said that the BBC UK site and the BBC News site saw an eight-fold increase in response time during the wedding and post-wedding coverage, starting around 2 am Pacific time on Friday. Some users saw wait times of 30 seconds or more, while some pages wouldn’t load, especially for fresh photos of William, Kate and the crowds. 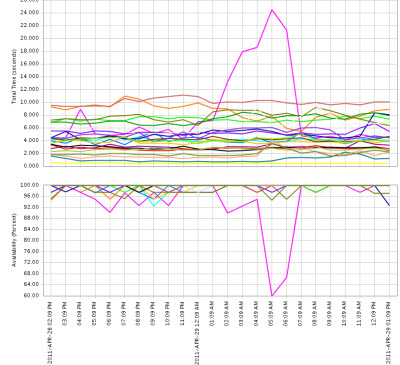 Akamai Technologies, which handles 20 percent of the world’s web traffic, said page views peaked at 5.4 million a minute early Friday morning for 100 news portals that it serves. That was the sixth-largest amount of traffic ever, short of the 10.4 million record page views set on June 24 during the World Cup last year. The number was high considering most North Americans were asleep at the time.

Facebook said more than 6.8 million people commented on the wedding in the past day, with soccer star David Beckham’s arrival at the event creating a surge. YouTube saw 100 percent availability, according to web performance site AlertSite. The royal wedding site was available 74 percent of the time.