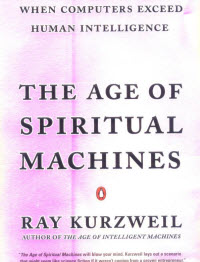 21. The Age of Spiritual Machines: When Computers Exceed Human Intelligence by Ray Kurzweil (1999). Just how far away are we from the moment when computers outpace the human brain in computational power? Ray Kurzweil is the expert on calculating the exponential growth of technologies and he figures we’ll hit the crossover point around 2020. The artificial intelligence expert shows just how fast technology is moving. He predicts that we’ll deal with automated personalities who are teachers, companions, and lovers. He also wants computers to feed data directly into our brains. 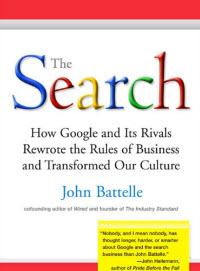 22. The Search: How Google and Its Rivals Rewrote the Rules of Business and Transformed Our Culture by John Battelle (2005). Everybody knows that Google has become one of the most important tech companies in the world as the search giant. But how did it get there? What was unique about its founders Larry Page and Sergey Brin? Battelle describes how Google rose to become the key player in search, even though it jumped into the market long after the likes of Yahoo, Alta Vista, Excite, Lycos and others. Battelle interviewed more than 350 people to get the real story. He does a decent job describing the “database of intentions,” the repository of human curiosity, desires, and exploration — and how Google is assembling that. The database of intentions may yet to have its biggest impact on the tech world. 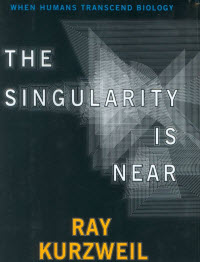 23.  The Singularity is Near by Ray Kurzweil (2005). This book updates The Age of Spiritual Machines (and its predecessor the Age of Intelligent Machines) to gives us a glimpse of what it will be like after the technological singularity, a term coined by sci-fi author Vernor Vinge whereby a super intelligence will arise that exceeds what humans can do in terms of thinking. He argues that we’re approaching the singularity at an accelerated rate thanks to advances in technologies like chips and the internet. Kurzweil tries to portray what life will be like after this event. Among his predictions: human aging and pollution will be reversed, and world hunger will be soled. Lately, Kurzweil has been trying to teach entrepreneurs how to take advantage of exponential technologies through his efforts with Singularity University, a school for entrepreneurs he co-founded with Peter Diamandis. 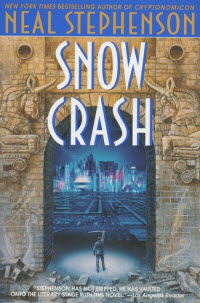 24. Snow Crash by Neal Stephenson (1992). Yes, this is a novel. But, as game designer Will Wright has said, a dog-eared copy of Snow Crash is the business plan for untold numbers of Silicon Valley startups. It is on this list because it was prescient in its vision for what cyberspace could become. It has held up even though it was first published back in 1992. Mike Abrash, a researcher at game publisher Valve, blamed Snow Crash for inspiring him to do research on wearable computers and technologies that could deliver the “Metaverse” in real life. The title of the book comes from the effect that results when a computer crashes and then spits out a bunch of snow, or gibberish, on the screen. The sci-fi book tells the tale of Hiro Protagonist, a computer hacker who travels through a 3D virtual world and has to deal with a computer virus that is zapping the minds of hackers. At its funniest, the book is a parody of cyberpunk culture. The book appears on Time magazine’s list of 100 all-time best English-language novels written since 1923. 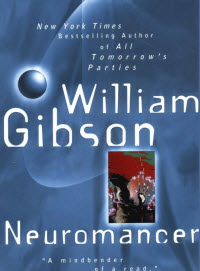 25. Neuromancer by William Gibson (1984). Gibson is the poster child of the cyberpunk movement that glorified hackers and made them into cool anti-heroes. It is another work of fiction, which no doubt provided inspiration for authors such as Neal Stephenson as well as hackers who appreciated the slang such as “flatlining” or “the matrix.” Gibson envisioned the virtual reality world dubbed “cyberspace,” giving technologists a word that they could aspire to when building out their homesteads on the internet. It is a Blade Runner-esque world ruled by corporations and crime syndicates. The book tells you what happens when you hit the “event horizon,” or the borders of the virtual world as created by the programmers. And it illustrates the pain of the cruelest punishment of all: what happens when you banned from “jacking in” to cyberspace.

If you think we’ve missed any of your favorites, please say so in the comments and explain your view. You can also take our poll to vote on your favorite.