Today marks the release of a new Steve Jobs biography — one that aims to change the way you think about Apple’s iconic cofounder. It’s called “Becoming Steve Jobs” and we just read it cover to cover.

Written by journalists Brent Schlender and Rick Tetzeli, “Becoming Steve Jobs” was created to do one thing: paint a fuller picture of Jobs — one that captures his gentler side, in addition to the wild stories we’ve already heard.

To accomplish this goal, Schlender and Tetzeli set out to prove that Jobs wasn’t, in their words, “half genius, half jerk.” And the duo succeeds, in part because we already understood Jobs’ dynamic personality — occasional bouts of kindness and all — thanks to Walter Isaacson’s “Steve Jobs,” a book heavily criticized by Apple’s Tim Cook and Jony Ive for its portrayal of Jobs.

If you thumb through the pages of “Becoming Steve Jobs” hunting for a surprise, you might leave empty-handed. Perhaps that speaks to the thoroughness of Isaacson’s biography. Or maybe it just speaks to the cult of Jobs — how stories of his life have proliferated through tech culture since his ascent.

Anticlimactically, some of the more interesting news bits were teased out in the weeks leading up to the book’s release. In case you missed them: Steve Jobs refused a liver transplant offer from Tim Cook, Disney CEO Bob Iger knew Jobs’ cancer returned before the Pixar acquisition, and Jobs once said, “I just don’t like television. Apple will never make a TV again.”

For a good portion of the book, “Becoming Steve Jobs” adds color to stories we’ve already heard. And at certain points, it feels like a mirror image of Isaacson’s “Steve Jobs,” for better or worse.

But in Schlender and Tetzeli’s defense, the book also reveals lesser-known aspects of Jobs’ life.

That’s really where “Becoming Steve Jobs” shines. It offers a unique take on the decisions (mistakes) Jobs made during his time at NeXT and Pixar. Much of the book focuses on these moments with a constant refrain: They helped prepare Jobs for his mythical “second act” at Apple.

In the words of Pixar’s John Lasseter (via the book), “Watching our collaboration, seeing us make ourselves better by working together, I think that was one of the key changes when he went back to Apple. He was more open to the talent of others…” 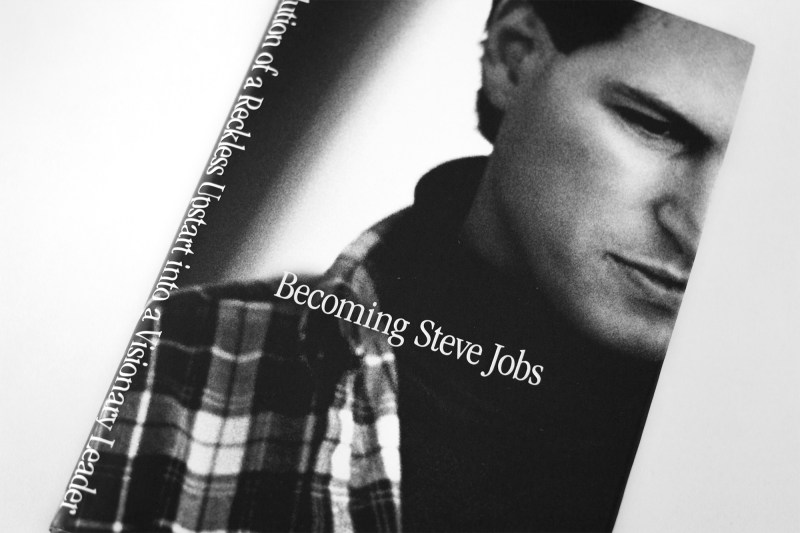 Strangely (perhaps in a good way), the narrative of “Becoming Steve Jobs” plays a dual role; it places the reader close to the action, but also serves as an unusual memoir for Schlender, as he developed something of a friendship with Jobs after observing him for more than a decade.

But “Becoming Steve Jobs” isn’t puffery. Though the writing feels restrained at times, the book is harsh enough when it needs to be. It’s worth noting, however, that some of Jobs’ most reported traits, like his infamous Reality distortion field, were dismissed by the authors.

Near the end of the book, “Becoming Steve Jobs” offers an honest window into Jobs’ final days, where his work at Apple continued as long as physically possible.

“Becoming Steve Jobs” finishes on a high note with emphasis on Jobs’ legacy and Apple’s future, but it ends abruptly and leaves you waiting for more, like all Steve Jobs biographies do.