A new mobile app has launched this week to help secure convictions in cases relating to human rights atrocities, including genocide, torture, and war crimes.

Smartphones are playing an increasingly key role in many facets of life, and they have emerged as important tools for citizen journalists and professional hacks alike, letting them capture events with photos, audio, and videos and quickly share them with the world. But it can be hard to verify content, which is vital in a court of law. Remember that video last year that purportedly showed a Syrian boy evading gunfire to rescue a young girl? Yup, it was fake.

In war-torn regions or countries otherwise subjected to appalling atrocities, there is a need for cast-iron proof of the authenticity of photos or videos. 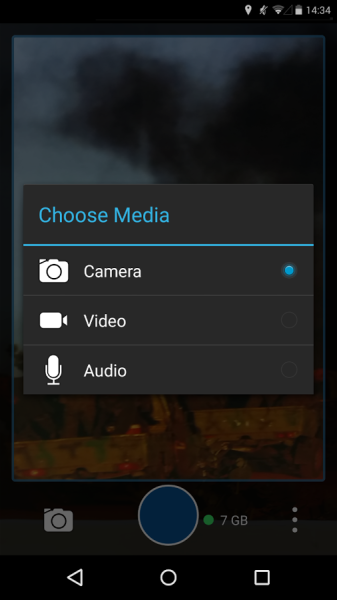 With EyeWitness to Atrocities, a user can record photos, videos, or sound and the app automatically embeds information such as time, date, sensor data, and GPS coordinates in the file, though users can manually add extra information for context.

This data is encrypted by the app, with files stored locally in a password-protected gallery, separate from the main gallery. There’s additional features such as “Panic Delete” for those who fear imminent arrest or confiscation, letting them quickly delete the app and all associated files.

The user can submit the encrypted files directly from the app to a database maintained by EyeWitness to Atrocities. The footage is subsequently only accessible by a group of “legal experts” who then contact the relevant authorities.

“The EyeWitness to Atrocities app will be a transformational tool in the fight for human rights, providing a solution to the evidentiary challenges surrounding mobile phone footage,” explained IBA executive director Mark Ellis in a press release. “Until now, it has been extremely difficult to verify the authenticity of these images and to protect the safety of those brave enough to record them.”

Last July, Amnesty International introduced an online tool designed to help journalists and human-rights advocates separate real from fake user-generated videos. This followed shortly after the launch of the Verification Handbook, which sought to help journalists verify and pull out the most useful UGC.

The IBA has teamed up with a number of human rights organizations to install EyeWitness for Atrocities on the phones of those out in the field in conflict zones.