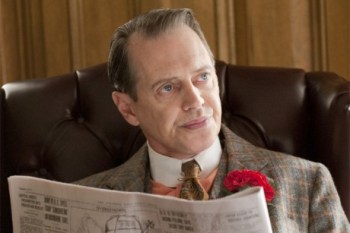 HBO is taking a giant step back from Netflix entirely; the cable network has stopped providing DVDs for Netflix’s rental service.

While Netflix can still get HBO DVDs and Bluray discs from other sources, it will no longer be able to get them directly from HBO at a discount.

HBO shows are not available on Netflix’s instant streaming service, either. In fact, while HBO subscribers can use mobile and over-the-top devices or web browsers to watch some HBO shows via the network’s HBO Go service, executives at the network have taken a strong position about streaming media and cable-cutting in general.

Back in November, HBO co-president Eric Kessler stated to industry leaders that HBO shows would not ever be available to non-HBO subscribers on digital platforms.

At that time, Kessler also said his company sees cable-cutting as no more than a temporary austerity measure that will cease as soon as the economy takes a turn for the better.

While there’s no question that HBO brings amazing content to the table, Kessler and the other HBO chiefs would do well to grant the digerati a bit more leeway. If they continue to make legally accessing streaming content difficult, users will continue to access it illegally.

While HBO’s cessation of its deal with Netflix is, as Cnet‘s Greg Sandoval points out, a largely symbolic one, the symbol is that of a stodgy, dictatorial approach to media and an unwillingness to compromise, innovate and adapt. HBO sees Netflix as a competitor, but Netflix’s edge lies not in where it gets its DVDs but how it allows consumers to access content.

In the past several years, HBO has taken individual torrenters to task for their illegal activities and has even released “poisoned” files for popular shows. But that hasn’t stopped HBO shows from being among the most widely torrented content on the web.

“Right now, the company is getting a good stream of revenue through its partnerships with cable and satellite TV providers. But as costs rise and people cancel their service, HBO will have to revisit the cord-cutting business model.”

Waging war against Netflix might simply be prolonging the inevitable.