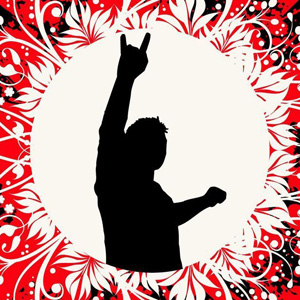 There’s a digital music revolution afoot. For the price of a single iTunes album, you can stream a month’s worth of songs from millions of choices while at home or on the go. But there’s so much movement and so much competition that it’s hard to keep track of all the companies worthy of your hard-earned cash.

This week, MOG introduced a new approach to free streaming on its service while Rdio said it planned to offer a free element to its service soon. Both companies, along with Spotify, are expected to take part in Facebook’s upcoming music service, which I expect to be Facebook letting you stream music from several companies through Facebook itself rather than needing to go to another site or download other software. The new Facebook offering is expected to be announced at its f8 conference next week.

Even if you can stream your music through Facebook, you’ll still likely be beholden to the pricing and plans to get the most of each partnered service. On that note, let’s take a closer look at the best companies allowing you stream millions of songs to PCs, tablets and smartphones. In this article, we’ll only be considering music companies that let you subscribe monthly and listen to anything in the catalog at a single click. This leaves out big-name services like Pandora, Turntable.fm, Last.fm and iheartradio because they aren’t truly on-demand. We’re also leaving out music lockers like Amazon Cloud Drive and Google Music.

Let’s get down to business. 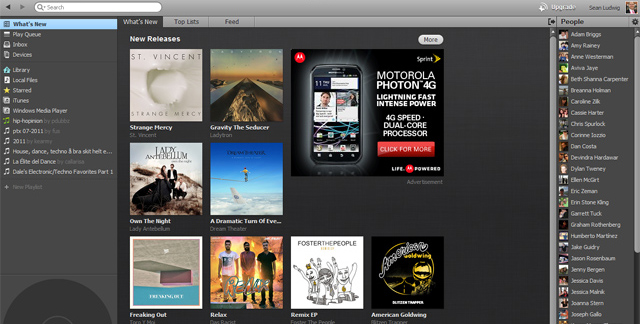 Spotify has been given a ton of headlines and hype since its launch in Europe in October 2008, based mostly on the fact that it let users stream a lot of music for free. But the service has changed and evolved since then, and it finally launched in the U.S. in July. At present, it’s the best streaming music service running today.

The best feature the service offers is integration with your personal music library on top of its 15 million streaming songs. I have a ton of music and some of it simply isn’t available through streaming services. (Artists like The Beatles and Led Zeppelin, for example, don’t have their music licensed for streaming anywhere.) The other aspect where Spotify shines is social integration with Facebook and the ability to collaborate with friends on playlists. You can also subscribe to other people’s playlists that you find on the web.

Spotify loses points for making you download a native application to stream, but I’m willing to accept that so I can also play songs off my hard drive. It also loses a little clout for having mobile applications that aren’t as robust compared to its peers. To get the most out of the iOS and Android apps, they must sync with playlists you make on the desktop rather than being truly independent in letting you find and access music.

Price: Free version w/ ads/incentives, $4.99/month for web, $9.99/month for web and one mobile device
Catalog: Over 12 million songs
Sound Quality: Web default at 320 kbps, mobile streaming and downloads up to 320 kbps (must be manually turned on)
Mobile Apps: iOS and Android

MOG comes in at a very close second on this list. The company has been trying to make a name for itself since 2009, and it has evolved quickly into one of the best music services around. It features a recently launched HTML5-based interface (see above) that is all around excellent, making it easy to create playlists, maintain a long queue of songs, search for music, and create a calibrated radio station based on an artist you pick.

MOG’s greatest aspect is that it has best-sounding catalog, with music streaming at an enviable 320 kbps. It also gives you the option to manually set up your mobile iOS or Android app (BlackBerry is coming soon) download songs at 320 kbps for offline playback. If you’re an audiophile like me, this is your service.

The service’s biggest detraction is non-existent social integration. Because Spotify and Rdio feel designed for sharing and interaction with friends, MOG makes you feel isolated in comparison. Using the service’s new HTML5 interface, you don’t have social networking features besides being able to post what song you’re listening to on Facebook or Twitter. However, if you’re only using a streaming service for tunes alone, MOG’s lacking social features may not be an issue. 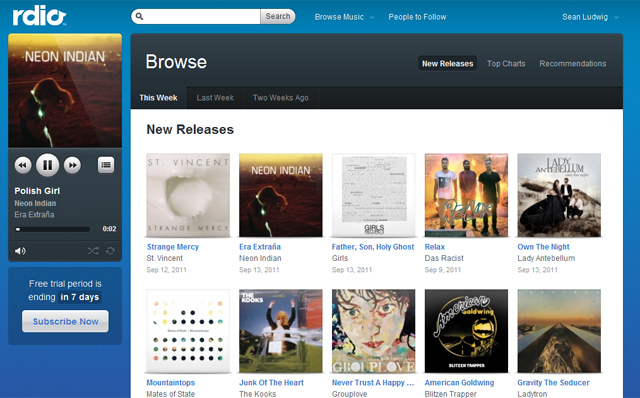 Rdio was launched to some fanfare last year by the founders of Skype and Kazaa, with the intention of combining a good streaming music catalog with powerful social networking features. While its 11-million-song catalog is smaller than some of its peers, it helps makes up for it with a well-designed user interface and above-average mobile apps that promote discovery and sharing.

The social side of Rdio really is worth highlighting. Rdio makes it easy to explore playlists and artists from big names and friends alike, create and share your own playlists, and it even can embed songs into your Twitter posts.

The biggest drawback of Rdio is sound quality. The company said it offers up to 320 kbps streams if it is “available,” but would not be more specific than that. So we don’t know how many songs are actually encoded at 320 kbps and what the lowest bitrate its songs are encoded at. In my own testing, I thought Rdio’s bitrate usually sounded somewhere between Spotify and Rhapsody.

Rhapsody is one of the oldest players in streaming music, and surprisingly enough it’s still relatively good. It boasts that it has more than 800,000 subscribers, and it’s the only company on this list willing to admit how many subscribers it has. Rhapsody has a hardy selection of songs, a well-rounded interface and easy ways to explore genres. To help it keep up with the likes of Spotify and Rdio, the company just added new social features, including Facebook and Twitter integration and playlist sharing.

Rhapsody loses points when it comes to pricing because it does not offer a $5 a month plan for web-only listening, though the unique $15 per month plan option with three mobile devices is interesting. It also lacks in the area of sound quality with its paltry 128 kbps streams, which during my tests easily sounded worse than the rest of the services. 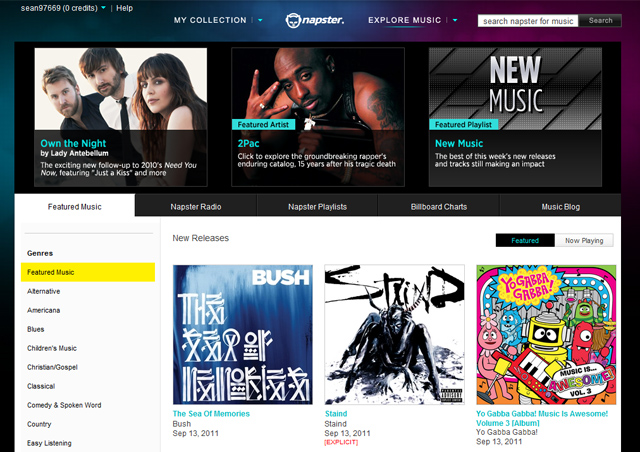 Napster is best known as the peer-to-peer program that started digital music piracy, but it’s now a pretty decent streaming music service owned by Best Buy. While it’s somewhat unexpected, the service has a strong catalog, several ways to explore genres and a way to stream music directly from Billboard’s charts going all the way back to 1966.

Napster’s best aspect is its catalog of more than 14 million songs (17 million(!) in the U.K.). That sort of wealth means you’ve got an even better chance of finding that obscure track you used to enjoy 15 years ago. Another admirable aspect is the option to pay a lower monthly cost if you pay yearly rather than month-to-month.

On the downside, the service has the most lackluster interface of its peers with a separate browser window pop-up for playing music. It also does not feature a considerable amount of social integration outside of sharing single songs on Facebook and Twitter and allowing you to use your Facebook photo for your profile. 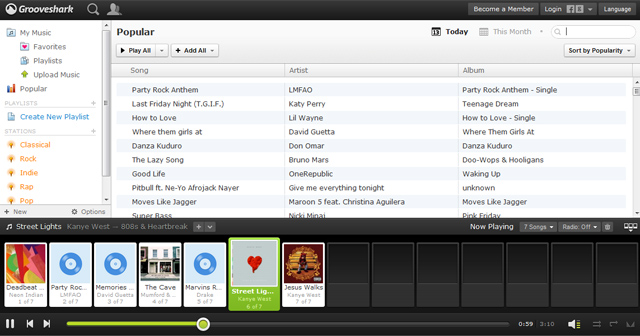 Grooveshark is a strange beast that lets you search and stream a massive catalog of manually uploaded tunes for free. It technically counts as an on-demand music service, but it’s not as robust and accurate as its peers. Predictably, the company has been in legal trouble as of late because it doesn’t have the licences to the songs it streams. It’s seen so many complaints that its native iOS and Android apps were pulled from their respective stores. Still, it deserves an honorable mention for ease of use, the ability to upload and listen to songs, and a good radio player that streams similar tracks to ones you’ve played.

But enough about us. What’s your favorite streaming music service?