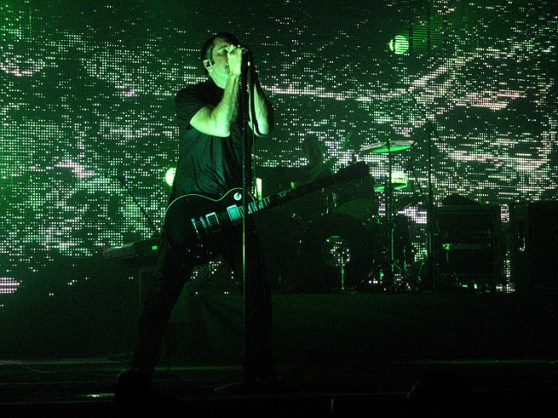 Nine Inch Nails front man and Oscar-winning musician Trent Reznor will soon launch a streaming music service in partnership with Beats by Dre that will compete alongside services such as Spotify, Rhapsody, and Rdio.

Reznor revealed his plans in a profile in The New Yorker. While that article is behind a paywall, Pitchfork has pulled out key details.

The service will be called Daisy, and it will be launched early next year. Reznor told The New Yorker that it “uses mathematics to offer suggestions to the listener… [but also] would present choices based partly on suggestions made by connoisseurs, making it a platform in which the machine and the human would collide more intimately.”

He compared Daisy to Spotify, the cool kid on the music block, and said Spotify has curation problems. “‘Here’s sixteen million licensed pieces of music,’ they’ve said, but you’re not stumbling into anything,” Reznor said. “What’s missing is a service that adds a layer of intelligent curation.”

Instead of listening to music you already know, Daisy will focus on helping you find things you wouldn’t normally find yourself. It’s “like having your own guy when you go into the record store, who knows what you like but can also point you down some paths you wouldn’t necessarily have encountered,” Reznor said.

While Reznor talks a big game, I’m not sure I believe Daisy will be all that different from what’s already being offered by Spotify, Rhapsody, Rdio, or even popular radio service Pandora. Spotify recently announced new discovery features and confirmed to VentureBeat that its “Spotify Apps” will move over to mobile devices in January.