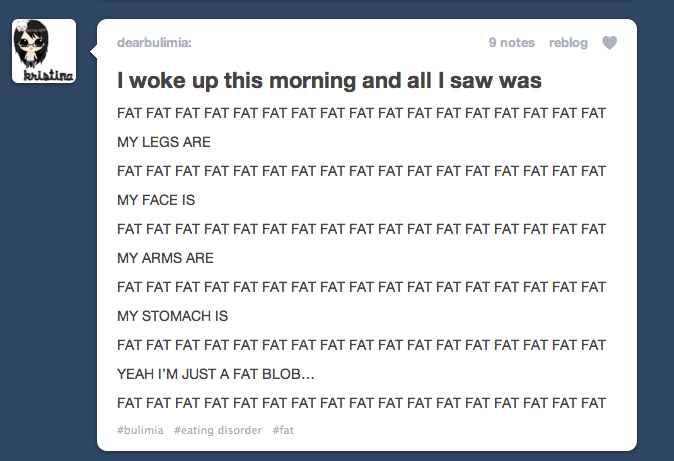 Tumblr, a photo-heavy blogging platform that has attracted a lot of teens, announced today that it will ban blogs containing content that promotes anorexia, self-mutilation, and other harmful behaviors.

In a company blog post, Tumblr said that it previously did not have a policy to ban any forms of content. Now the company has taken a stance, saying it strongly opposes messages that encourage eating disorders and other self-harming behaviors. Tumblr said it is no longer willing to host such content.

Starting next week, Tumblr will be prohibiting the posting of content “that actively promotes or glorifies self-injury or self-harm.” Content that encourages self-mutilation, anorexic and bulimic practices, and suicide will be banned, but Tumblr will give blogs that currently host “self-harm” content a grace period to remove content before further action is taken.

Image via dearbulima on Tumblr