Let’s all sing it now. “It’s a beautiful day in the neighborhood…”

Twitch is finally getting around to some really old stuff from my childhood. Amazon’s livestreaming platform will hold a marathon of Mister Rogers’ Neighborhood, the classic children’s program that debuted on public television in 1968.

The marathon features the most comprehensive collection of episodes available, including many that have only aired once and are unavailable elsewhere online. Twitch will also run a fundraising campaign, during which viewers will be encouraged to show support for their local PBS station.

Mister Rogers’ Neighborhood debuted in 1968 and aired on PBS for decades. The show starred the legendary Fred Rogers, who spoke directly to the camera, addressing viewers as if they were really his neighbors. It was the ultimate happy kids show. He performed songs, created arts and crafts for viewers, and talked to puppets. And he had this neat train set.

Each episode ended with the same positive message for viewers: Because we are all unique, we make each day special by being ourselves, and people can like us just the way we are. Rather than watch Donald Trump on TV, I’d much rather spend some time with Mister Rogers.

“From listening to feedback, it became clear that the Twitch community has not only embraced content which goes beyond gaming, they want more of it,” said Bill Moorier, head of creative at Twitch, in a statement. “We were drawn to Mister Rogers’ Neighborhood because Fred Rogers was a positive voice in fostering inclusivity and diversity, and, like our streamers, he talked to the viewers as if they were in the room with him. While his show was geared toward children, his messages have universal appeal.”

All U.S. proceeds from the campaign will support local PBS stations. 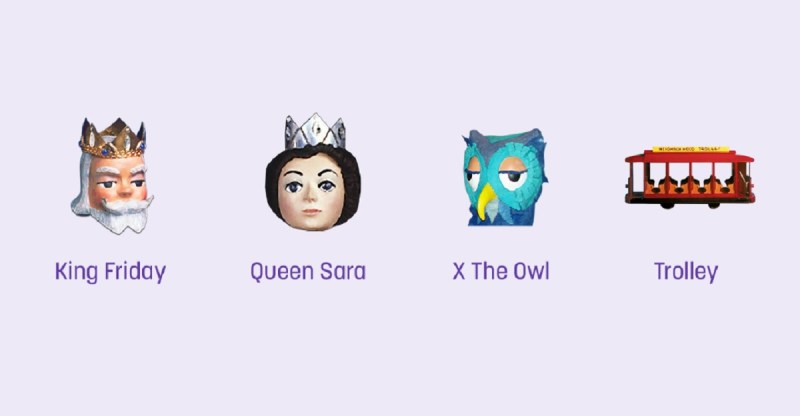 “Fred Rogers created a blueprint for children’s television that still works today, and his messages of acceptance and inclusion remain just as timeless and relevant as they did when Mister Rogers’ Neighborhood first aired,” said Paul Siefken, president and CEO of The Fred Rogers Company, in a statement. “We are delighted to be working with Twitch to make the show available to fans, as well as reach a whole new whole new audience that did not grow up watching the program.”

Twitch will be featuring a donation panel on the channel at www.twitch.tv/misterrogers.

“Fred Rogers believed in the boundless potential of all children, and his landmark educational philosophy continues to guide our work today at PBS KIDS,” said Lesli Rotenberg, senior vice president for Children’s Media and Education at PBS. “We are excited to bring Mister Rogers’ Neighborhood to the Twitch community in this special event, honoring Fred’s legacy, and encouraging fans to support the important work that local PBS stations do to help all children learn and succeed.”

To further encourage support of PBS, Twitch Partners will be sharing personal stories about the importance of PBS and the impact of its programming. These spots will run throughout the marathon.

Mister Rogers’ Neighborhood emotes will be available to everyone who subscribes to twitch.tv/misterrogers.