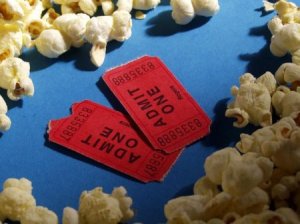 Verizon may be preparing to acquire Netflix with the end goal of offering its own streaming video service.

Verizon is looking to launch its own streaming video offering as early as next year, according to anonymous sources close to the deal.

According to subscription-based financial reporting site dealReporter, Verizon will be teaming with Netflix rather than competing with it. While we’ve known that Verizon is interested in purchasing a pre-existing streaming media service, we had previously heard the acquisition target might be Redbox.

In response to the reports, Netflix stock has seen a marked jump, up several dollars from this morning’s $70-per-share start:

Netflix is currently dealing with a recently downgraded credit rating and paying for expensive content deals; the company without question is having cash flow issues at the moment. Verizon, however, is doing just fine.

As VentureBeat’s Tom Cheredar wrote recently, “[Verizon] has several lucrative businesses, including its wireless carrier and FiOS cable TV & broadband Internet service. That means that, unlike Netflix, Verizon has plenty of money to spend on content agreements. The company can simply buy its way into the streaming video … business through content deals and acquisitions.”

Also, as Verizon Chief Executive Lowell McAdams stated just a few days ago, the company is scaling back its FiOS TV and Internet service to pursue wireless partnerships. In the process, the company is getting in bed with major cable providers such as Time Warner and Comcast, some of which also offer streaming media options.