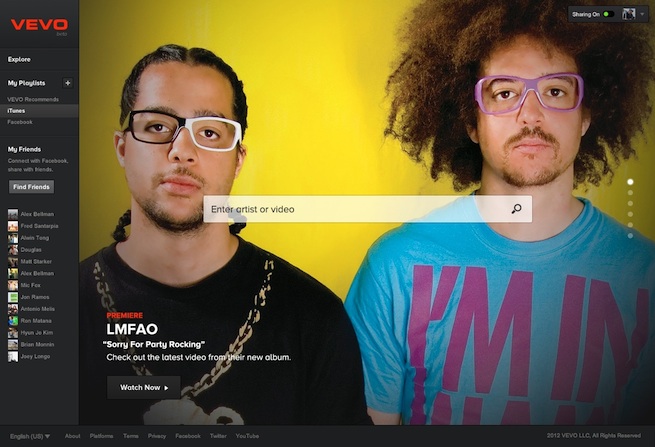 Two of the biggest companies in the tech industry, Facebook and Google, are interested in grabbing a piece of popular music video site Vevo.

The tech giants are competing for an equity stake in Vevo as well as a lucrative advertising deal with the site, according to a New York Post report that cites two unnamed sources.

Vevo is an independent music video company created in partnership with Universal Music Group, Sony Music Entertainment, and the Abu Dhabi Media Company. The video service is currently generating 45 billion video views a year, and it plans to expand beyond the U.S., Canada, and the U.K. to six additional countries in 2012.

Initially, Vevo grew in popularity thanks to its presence on YouTube and by having the rights to all the official music videos from popular artists. However, the music video service experienced a huge boost in traffic and engagement after integrating with Facebook’s Timeline — a detail Facebook is keenly aware of.

Now that both Google and Facebook see the potential in Vevo, they obviously want a stake. The real question here is what will be the more lucrative move for Vevo.

The New York Post’s report indicates that Vevo’s current deal with YouTube is set to expire later this year. And while Vevo wants to avoid distributing its licensed content through a single provider, it might be able to use the competition with Facebook to renegotiate a better agreement with Google.

We’re reaching out to Vevo for further comment, and will update the post with any new information we find out.