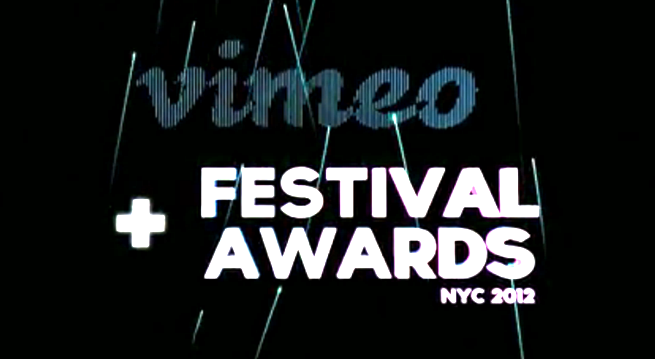 Popular video-sharing site Vimeo is entering a new era. Already this year, a new CEO has taken the reins, the company has drastically redesigned its main site, and it has launched a wide array of mobile apps to bring more mobile users into the fold.

It’s only appropriate then that the site’s upcoming Vimeo Festival + Awards event, taking place June 7-9 in New York, has been given the theme “The End of the Beginning.” This distinctive event will help Vimeo celebrate its roots and embrace the digital future at the same time. It’s also about defining Vimeo as the home for original web video content and as one of the biggest supporters of grassroots filmmaking on the web.

“We want to celebrate original video in a way that no one else is,” Vimeo Festival Director Jeremy Boxer told VentureBeat. “There has been an evolution in the art of filmmaking and the barriers to entry are lower than ever to make an incredible film.”

This is the second Vimeo Festival + Awards, but the stakes are higher this time around. On one hand, the festival shows how much the company cares about maintaining its image as a YouTube-like entity that cares about and connects with its users. It has relayed this image since it launched as a side project in 2006, and if the company can continue to own this niche, it will keep hold of its identity as the “coolest” video site.

But the event is also embracing the future of media, which is quickly moving online, with professional and original content streaming side by side. The barriers to entry are incredibly low now, so anyone with strong willpower can make their movie and get instant distribution via the web.

Boxer agreed with me that writer and director Lena Dunham of the indie movie Tiny Furniture and the new HBO TV series Girls is a great example of a young filmmaker who shot to stardom without many resources. Technology has made it possible to shoot an entire feature on a DSLR or a smartphone, and you can upload your work straight to the web for the world to see. Boxer said the Festival has embraced these attitudes.

Boxer noted that video submissions for the first Festival + Awards totaled 6,500 videos. This time, the event attracted 14,500 submissions, with the overall quality jumping as well. That not only indicates stronger interest about the event, but it also shows how general interest in Vimeo has grown.

Also bigger than last time is the roster of judges. Big names include comedian Aziz Ansari, actor James Franco, Shaun of the Dead director Edgar Wright, Radiohead member Colin Greenwood, and many others. Some winners from the first Festival will also judge this year.

Check out a few of the selections for the Vimeo Festival + Awards below (and vote here for your favorites):

For Skateboarding and the City (Action Sports)