VideoLAN today launched VLC, the world’s most used media player, for Apple TV. Because there is no web interface on the device, a direct download link isn’t available: You’ll have to search for “VLC” in the App Store on the TV (that said, if you already have the iOS app, you should see it show up automatically in the “Purchased” tab of the TV’s store).

VLC for Apple TV, which the team has been working on since Apple first announced “the future of television,” lets you access all your files and video streams in their native formats. That means you don’t have to convert content in order for it to play, in line with the company’s goal of “VLC plays everything and runs everywhere.”

The Apple TV app is really VLC for iOS ported to work on the big screen. Two thousand beta testers have been using it since mid-November via Apple’s TestFlight service. 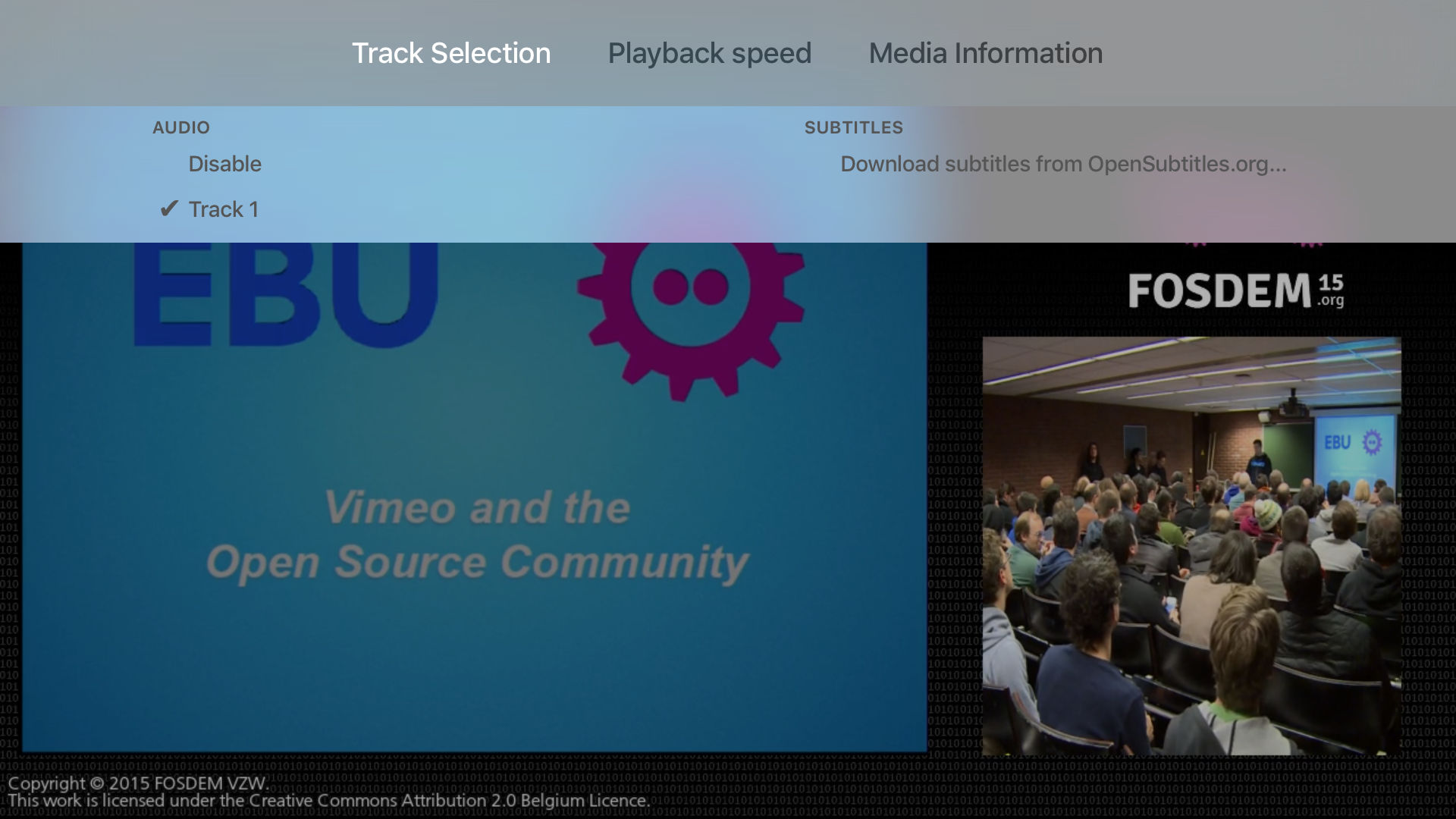 VLC for Apple TV can play, pause, and seek all the file formats you’re used to with VLC on other platforms; it includes support for chapter and title navigation, plus multiple audio and subtitle track selection. You can browse, select, and play content using the clicker or the remote.

We asked VideoLAN what files users can expect to play that they otherwise can’t on the Apple TV. “It’s easier to put it the other way around,” VLC developer Felix Paul Kühne explained to VentureBeat. “On Apple TV, users can only play content recorded using mobile devices or media purchased from iTunes Store by default, so H264/AAC and HTTP Live Streams (HLS).”

Furthermore, the app can automatically discover content on the local network using Windows Shares (SMB), DLNA/UPnP media servers, FTP, and PLEX servers. Login credentials for devices and services are securely stored on the Apple TV and synced to your iPad or iPhone (and vice versa). 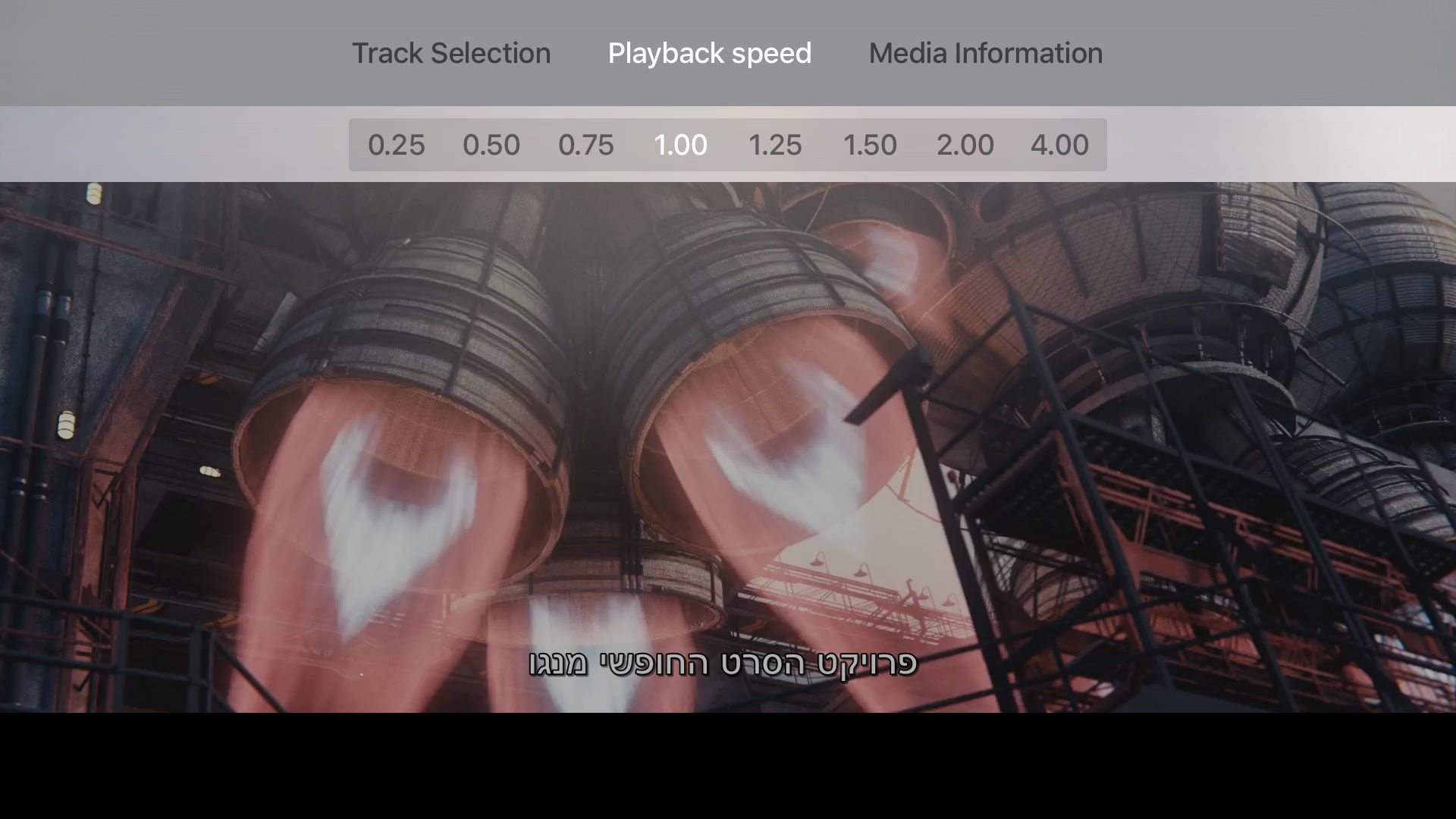 VLC also supports custom playback speed, which the VideoLAN team points out no other media player on Apple TV currently offers. “VLC is increasingly used to watch talks and documentation in education so it was naturally of high importance for us to include this feature from the start,” the team explained.

As for subtitle support, VLC for Apple TV displays any kind of text (srt, SSA, WebVTT, …), bitmap subtitles (including full support for right-to-left languages like Arabic and Hebrew), and even complex text layout for Malayalam or other Asian languages. In fact, VLC uses opensubtitles.org to let you download missing subtitles during playback, a first for the VLC app. For web radio and music playback, VLC leverages the community service hatchet.is to show artist imagery and biographies, in addition to album artwork.

In addition to supporting all the files you expect from VLC, the new app also includes a few Apple TV-specific features. The most interesting one is probably Remote Playback, a custom way of casting media stored on other computers to the Apple TV using your browser. If you want to play streams or files not stored on your own server, this feature is for you. 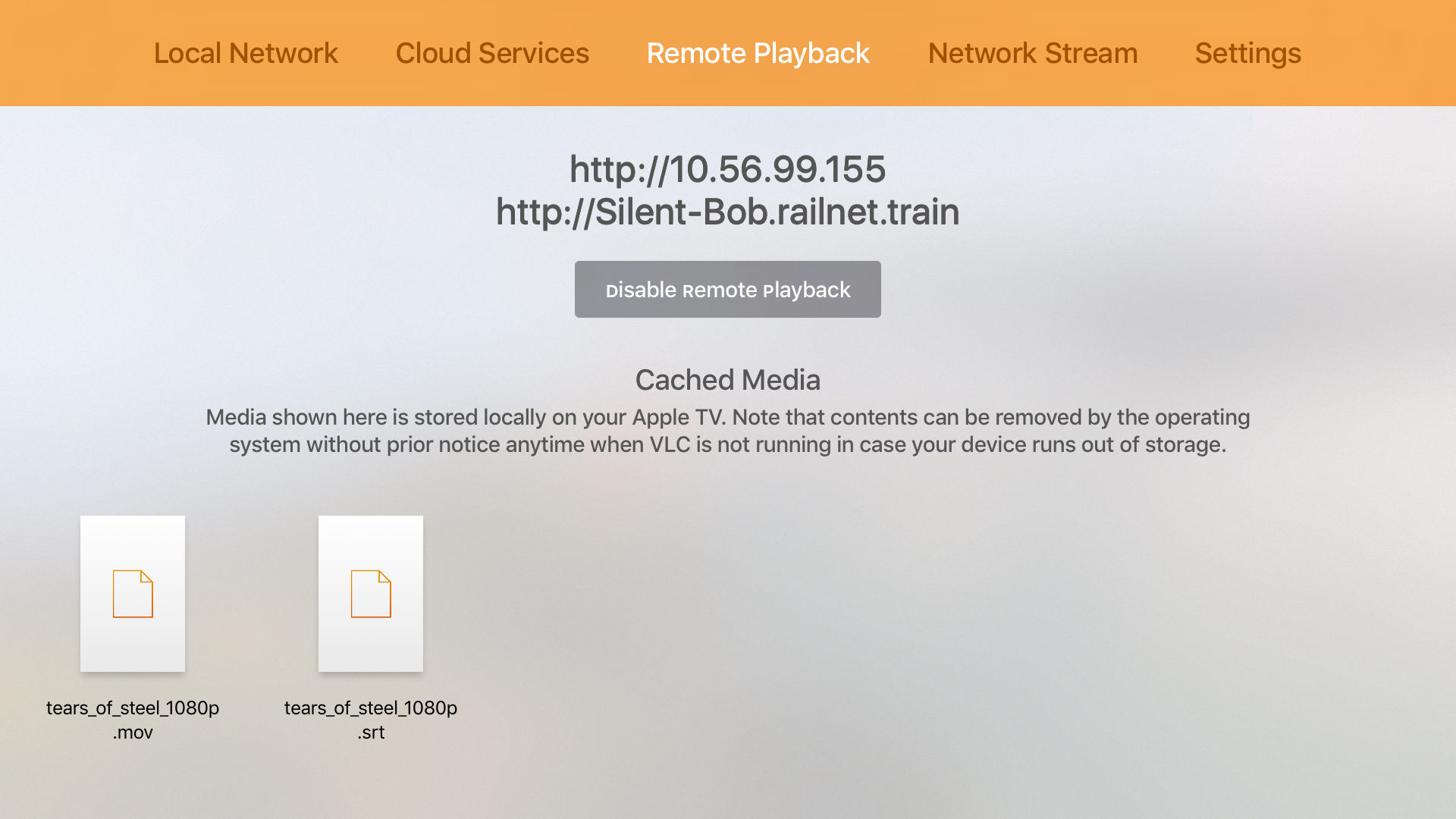 In short, VLC provides you with an IP address for your Apple TV. Opening it in your browser allows you to drag and drop one or more files to play them on the Apple TV. For network streams, you can just paste the URL into the provided field and hit return. After it’s done playing, the link will be saved in the app’s Network Stream view for future use (as will URLs recently played on your iPad or iPhone). Dropping multiple items (files or streams) simply queues them.

Copies of the dropped files will remain available in the Apple TV’s local cache. These files apparently remain until your Apple TV runs out of storage. This seemed a little odd to us, so we asked VideoLAN for an explanation.

“This is an implementation detail of the operating system,” Kühne told VentureBeat. “Files can be removed when the system is under ‘storage pressure’ as long as VLC is not running — we don’t have any influence on if or when any files disappear.” 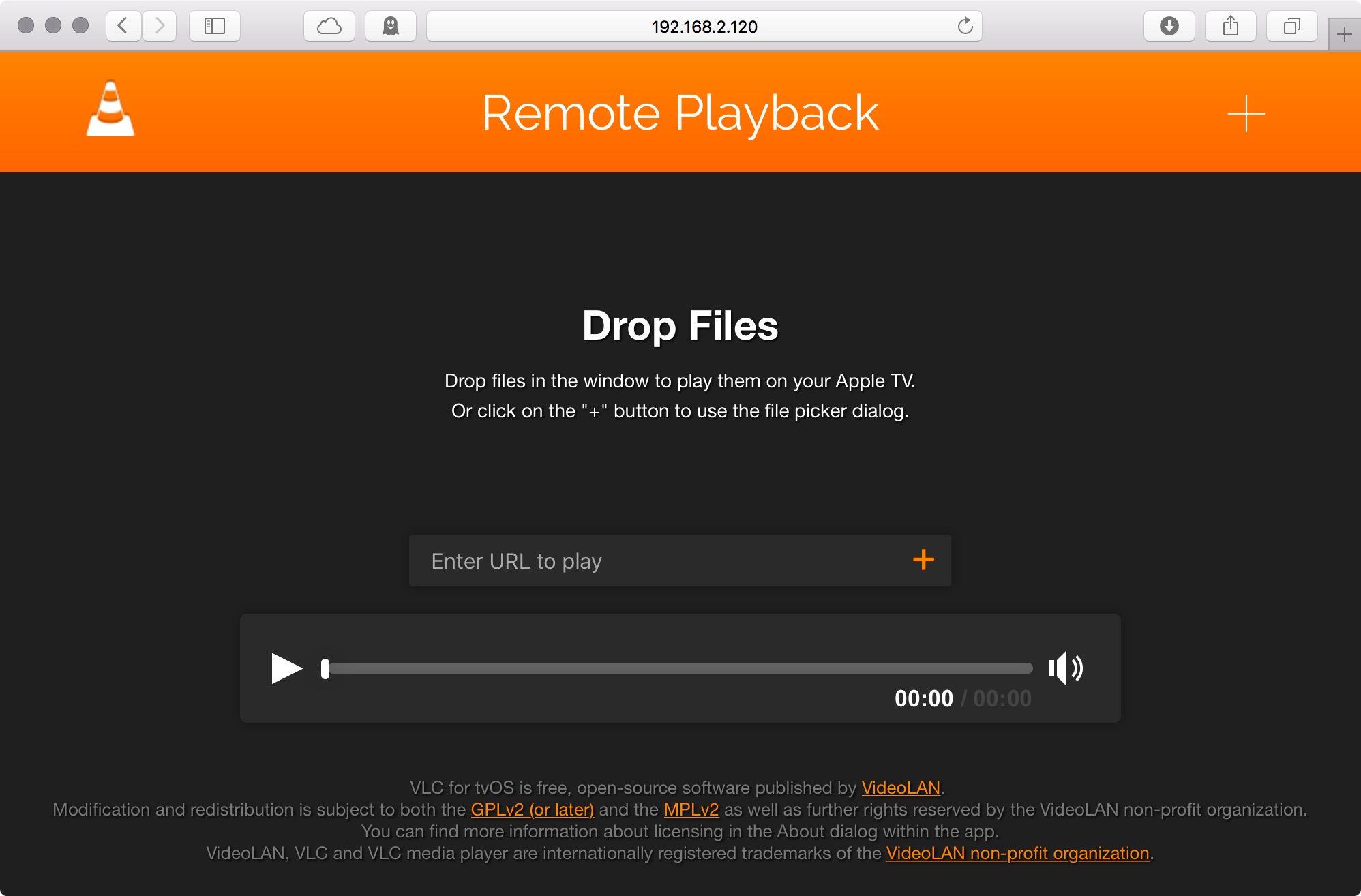 If that doesn’t seem like enough features for the first release, you’ll be happy to learn that native integration with cloud storage services like Dropbox, OneDrive, and Box are in the pipeline. This functionality, which is already available in the iOS app, is available for Apple TV beta testers starting today.

As with every VideoLAN release, VLC for Apple TV is free and open source. Like the iOS app, the source code is dual-licensed under MPLv2 and GPLv2.

Today’s Apple TV debut is a strong start for the year, but VideoLAN hints that VLC fans can expect a lot more in the pipeline for 2016.