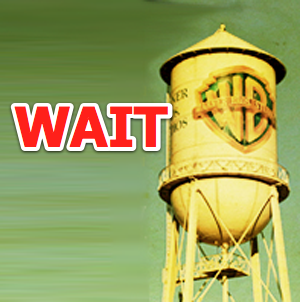 In an effort to boost lagging DVD sales, film studio Warner Brothers has decided to delay all new releases from becoming available through many popular movie rental services.

This means you’ll have to wait 56 days after a new Warner Brothers DVD goes on sale before you can rent it through Netflix, Redbox and Blockbuster (see update below). Previously, all WB movies would become available 28 days after the DVD went on sale, but studio executives want a longer window of opportunity to sell DVDs exclusively through retail stores.

The news is scheduled to be announced at the Consumer Electronics Show in Las Vegas next week, according to an AllThingsD report.

And while Warner Brothers is holding back newly released DVDs from traditional physical rental services, it doesn’t plan to change its deals with streaming video services. Streaming services typically have to wait 90 days or more before new releases become available to subscribers. The idea is to have a film cycle through various mediums to maximize revenue, starting with the movie theater premier, followed by a DVD-only window, a rental window and finally a streaming video service. This is why streaming services are usually the last to gain access to a film.

Warner Brothers isn’t the only content producer that’s being finicky about its DVD availability. Yesterday, Time Warner-owned premium television network HBO decided to yank DVDs of its original programming (Sopranos, Sex in the City, True Blood, etc.) from Netflix’s DVD-by-mail rental service. In HBO’s case, its motivation had more to do with making the content available through other means, such as its HBO Go streaming service, premium cable channels and the new Ultraviolet product.

A spokesperson from Redbox’s parent company Coinstar has informed VentureBeat that it won’t be experiencing the longer DVD-waiting period for Warner Brothers new releases: “The current agreement Coinstar has with Warner Bros. is to receive movie titles 28-days after their release.  No revised agreements are in place.”

I should also point out that Warner Brothers hasn’t made an official statement regarding the longer DVD rental window — meaning most major movie rental services are still under the current 28-day wait at the moment.