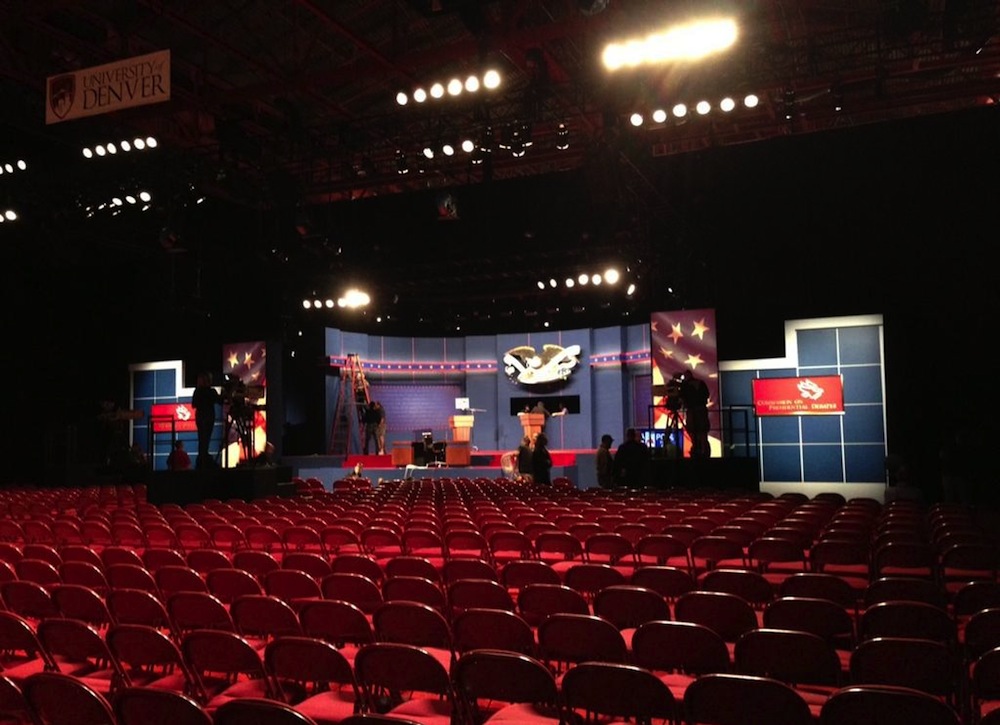 Unlike the last election cycle, the 2012 presidential debates will largely be available online. It’s also perhaps the first set of debates where you should turn off your television and move over to your computer to get the full experience.

All the major broadcast stations have teamed up with reputable tech companies/services to offer a more interactive experience than the traditional boring TV channel coverage. A few websites are hosting a live stream of the debates while doing things like fact checking statements made by both Republican nominee Mitt Romney and incumbent Barack Obama. There’s even a slew of services that let U.S. viewers see the collective reactions from everyone else watching, create debate memes, and earn Halo 4 gear.

Below is a list of sites and services that either provide a live stream of the debates or enhance the experience with a second screen (or both).

YouTube is teaming up with ABC News to offer a live stream of the debate via its Elections Hub, which offers users access to tons of election coverage from several different sources, including  ABC News, Al Jazeera English, BuzzFeed, Larry King, New York Times, and others. As the largest and most trafficked video site, it’s unlikely that YouTube will suffer from technical glitches during the live event either via the Web or through mobile devices.

Live video staple Ustream is hosting a stream of the presidential debate (as well as subsequent debates) through its channel partner, CBS News. The channel pages will sport their own debate-branded skin and provide access to Ustream’s social tools. And while Ustream isn’t erecting its own “hub” of election coverage, the startup is debuting a new front page site design, complete with a team of people curating the hottest videos of the moment. And for anyone who wants more than just the debate live stream, there will be plenty of commentary from other Ustream channel partners via debate watch parties. Also, no ads.

The 24-hour news cable network is once again providing viewers with a live stream of the debates via its website. In the 2008 debates, we were “treated” to a mood meter showing how the audience was reacting throughout the night. This time, CNN has some new tricks up its sleeve thanks to its partnership with Snappy.tv, such as allowing viewers to easily grab and share video clips from the debate on Facebook and Twitter. And while it wasn’t much of an issue in 2008, this year you’ll be able to watch the live stream on most web-connected mobile devices.

Want to watch the live stream, but don’t have the attention span to furiously Google search every time a candidate makes a bold statement? Well, you can either take notes for fact-checking purposes after the debate ends, or you can visit the Sunlight Foundation’s live stream. The nonprofit organization — which is dedicated to government openness and transparency through online tools and resources — is providing fact checking alongside the video stream.

Plenty of other cable networks and news publications are offering a live stream of the debates on their websites, such as Fox News, PBS, the Wall Street Journal, Huffington Post (via HuffPost Live), Univision (translated into Spanish), and probably a few more I’m leaving out. You can bet that each of the aforementioned options will also provide additional analysis and coverage leading up to, and after, the debate. The most basic option for watching the debate, however, is through the C-SPAN 2 website.

Microsoft is providing debate coverage through its Xbox Live Election Hub channel, which launched back in August. You need an Xbox Live Gold account to access the Election Hub channel, which (in addition to a live stream of Romney v. Obama) gives you access to daily YouGov polls, election coverage from NBC News, and factoids about each candidate via Face the Facts USA. Probably the most interesting thing Microsoft is doing is offering a Halo 4 Warrior Armor avatar award to anyone who watches at least three out of the four scheduled debates. (I can’t decide if adding gamification elements to get U.S. citizens to pay attention to the election is a stroke of genius or just very sad. Still, it’s something new.)

Regardless of how you’re watching the debate, you can enhance the viewing experience by grabbing your smartphone or tablet.

Twitter Political Index. If you plan on tweeting during the debate, know that Twitter has created its own Political Index, which translates all those politically charged tweets into raw data showing how users feel about the candidates.

Social check-in services. I fully expect sites like Foursquare, Miso, and (of course) GetGlue to offer their users a badge when checking in during the debate. GetGlue in particular could be a good place to get a quick scan of any friends also watching the debate as well as some of their comments or impressions.

IntoNow (Yahoo). One check-in service that is stepping up during the presidential debate is Yahoo’s IntoNow app. The company just released a new version of IntoNow for the iPad. The app lets you predict who will “win” the election, provides an electoral map, up-to-date political news from Yahoo, and a freaking presidential Meme generator. And while most of the features sadly paint the debates like semi-finals of American Idol, the overall app looks like it’ll improve your viewing experience. (Seriously, a meme generator. Awesome.)

Ponderoo. A few news organizations are attempting to track the audience’s “pulse” during the debate — showing how people feel about each candidate in real-time. Ponderoo, an iOS app released Monday, focuses entirely on this feature. The app lets you touch portions of the screen to indicate your positive and negative feelings during the debate, tracking your activity along the way. You can even see a line for how others across the country are reacting. The app is free and available via Apple’s App Store.

[If we missed a service you plan to use during the debates, please let us know in the comment section below.]