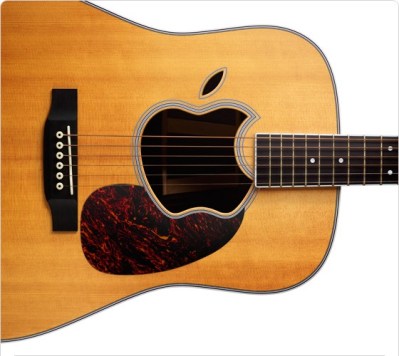 Apple’s next big media event is set for this Wednesday, September 1 at 1PM EST (10AM PST), and as always, there’s no shortage of rumor and speculation floating about. We’ll be at the event, and will be following any major announcements. But first, let’s take a look at what Apple may have up its sleeve.

iPod Touch Updates — Given the Apple-branded guitar in its event invitation, as well as the fact that it’s been a year since we’ve seen a major iPod refresh, it’s a no-brainer that Apple’s music devices will be a major focus tomorrow. When it comes to the revamped iPod Touch, I expect we’ll see both rear and front-facing cameras, a built-in microphone and a Retina Display — the high-resolution display that Apple first introduced with the iPhone 4.

We reported in July that Apple was working on an email based method for its FaceTime video chat, which would allow the iPad, iPod Touch, and potentially even Mac computers to make video calls. Many expected Apple to include some sort of camera in the iPod Touch last fall, particularly since the iPod Nano managed to fit in a tiny camera. At the time, Apple CEO Steve Jobs argued that the company was positioning the iPod Touch as a gaming device, but reports from various sites pointed to supply issues that forced the company to ship the Touch without a camera.

iPod Nano Updates — Over the past few months, several reports have led us to believe that a significantly smaller iPod Nano is on the way. First there was news of an Apple-branded 3cm x 3cm touchscreen display (yes, you read that right). And just a few days ago, sources told AppleInsider that a new iPod Nano with the smaller screen is on its way. The site also pointed to pictures of cases by overseas manufacturers meant for the new iPod Nano form factor (which resembles the current iPod Shuffle quite a bit), and the revamped iPod Touch.

Apple TV, or iTV — Perhaps the longest shot for tomorrow’s event, the gadget blog Engadget has been reporting for months that Apple was working on a new version of the Apple TV, which would retail for $99, share the hardware and form factor of the iPhone 4, and run iOS. Most recently, we heard that it was being renamed iTV and will come with an app store of some sort.

There’s no doubt that Apple is going to revamp the Apple TV before the end of the year — it needs to have something to compete with Google TV, after all — but it’s uncertain if the company is far along enough to show anything tomorrow. We reported this week that Apple was working on offering 99-cent iTunes TV show rentals, but apparently TV networks are still fighting over the deal, the LA Times reported today.

Music streaming, web-based iTunes — There have also been rumors for some time that Apple is working on a music streaming service. And those rumors gained more credence after Apple bought the music service Lala late last year. But recent reports say that Apple has yet to discuss streaming deals with record labels, so it’s probably too soon to expect a cloud-based music service from the company. Instead, we can probably expect a web-based version of iTunes that will make users less reliant on the iTunes desktop software.

Your thoughts? Now that we’ve had our say, we’re wondering what you’re expecting to see tomorrow. Is there something you’re hoping Apple will announce, or something that you’re dreading? Let us know in the comments section below.