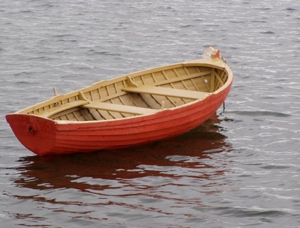 AOL has lost yet another top news executive and faces increased scrutiny from Wall Street, which is concerned about corporate drift.

Last night, news leaked that Jai Singh, managing editor of its Huffington Post property, has left to join Yahoo as editor-in-chief. He was in charge of all day-to-day news management and editorial operations, and his responsibilities included jurisdiction over AOL content sites. More on Singh in a second.

His departure follows a number of others. When AOL acquired HuffPo for $315 million earlier this year, it lost that company’s chief executive (Eric Hippeau), as well as its top sales guy (Greg Coleman), although for known reasons (AOL chief Tim Armstrong once fired Coleman from an earlier job, so Coleman’s departure was expected). There were the 900 layoffs two months ago, which included the loss of experienced editorial talent. And then the string of departures from Engadget, long considered one of the leading examples of quality in AOL’s portfolio — from editor Paul Miller, who slammed the “AOL way” on the way out, to top editor Joshua Topolsky and at least six others.

And disconcerting for both Wall Street and AOL’s staff, there are the continued changes in direction. First, AOL is going to hire a lot of writers, and then it isn’t. And then it is again, with the latest plan being to hire 8,000 bloggers with unprecedented speed to fill out its local news network, Patch. The directive, issued last week internally, called for each editor to sign up 10 bloggers by tomorrow. The move sounds somewhat naive: As anyone who runs a news business knows, it takes a tremendous amount of work to hire that many decent writers, and it takes at least 20 percent of extra management to organize it all — that is, AOL will need at least 1,500-2000 extra editors to manage the writers, if you take the editor-writer ratio norm of other major news organizations.

The HuffPo acquisition was supposedly a cornerstone of a new strategy emerging at AOL to assert itself as major content play. Finally, AOL chief executive Tim Armstrong appeared to be articulating direction.

AOL still has significant cash on hand ($300 million), remains a top-five web property, and Armstrong has some time left to prove he can follow through on his plans.

But that time is limited, because AOL’s dial-up business — which is fueling AOL’s restructuring plans — is quickly shriveling away. That’s apparently why Mark Mahaney, an analyst at Citi, just lowered his estimates of its Q1 earnings, and predicted revenues would decline year on year for the 20th consecutive quarter. And he writes that Q2 looks “fundamentally weak” as AOL undergoes its reorganization, and continues to face declines in its various businesses. He cited significant market share loss (“net usage, display ad revenue & search queries”) and an unproven management team. Indeed, we’re hearing that AOL is busy frantically selling its massive inventory to marketers at bottom-of-the-barrel rates, bringing down advertising rates (CPMs) for the entire market.

So the question is emerging, did AOL go public too early? Of course, in one sense, AOL went public at a great time. The market supported it. But now that it is public, will shareholders have the patience to stick with AOL as it invests like this in media businesses while hitting setbacks and continued resetting of strategy?

In a statement, AOL said Singh’s move was motivated by his desire to move back to California, where his family is located. AOL had hired Singh two years ago from CNET, where he was editor-in-chief. And to be fair to AOL, industry gossip is that, while Singh is a very strong editor, he is not a visionary, and so his departure isn’t exactly a major blow. Indeed, we’ve heard that Singh’s move was driven more by the motivations of Yahoo EVP Ross Levinsohn, who “was on a war path” to hire an editor-in-chief, according to one source — tired of seeing AOL’s Armstrong get all the credit for building out content. Meanwhile, Huffington Post said it will replace Jai with Nico Pitney, formerly executive editor.

Finally, we’ve heard mixed things about Ariana Huffington’s management style. While very well liked generally, and charismatic, she’s also only had five years of real editorial experience, and so she’s “still figuring this stuff out,” according to one industry source who requested anonymity.

So the clock continues to tick. AOL generates about $500M-$600M of cash flow from its dial-up business, but that is quickly evaporating as customers flee to cable and other internet services. Within four years, that cushion is expected to be gone, and AOL must build its media business into a roughly $4 billion-$5 billion revenue business by that time, in order to generate the equivalent amount of cash and meet Wall Street expectations. There are growing doubts: “It’s possible, but it’s not likely,” said another industry source. “The [AOL] media business is losing money every year.” Indeed, AOL is the only major media company that saw a negative growth rate in the fourth quarter of last year.