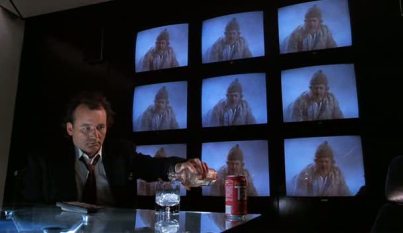 A Google spokesperson has issued the following statement denying claims made by the San Francisco Chronicle today that Google had transferred management of its Google TV operations to its YouTube subsidiary:

There is no correlation between the recent blocking by three US networks of Google TV accessing their full-length Web shows and a reorganization that YouTube did over a month ago. Google TV has been closely aligned with YouTube for years and its reporting structure has remained largely unchanged. The reorganization YouTube did over a month ago focused on streamlining our operations so we could make faster decisions and align team goals with the company’s overall business objectives. Just like any rapidly growing organization, it is important for YouTube to evolve and grow to ensure further success in the future. The recently created YouTube Content Organization is run by VP of Content Partnerships, Dean Gilbert.

Google has apparently moved its Google TV operation to its YouTube division in hopes of smoothing out content deals, according to a report by the San Francisco Chronicle.

The move comes after it was revealed last week that NBC, CBS, and ABC were blocking their web sites from Google TV’s web browser. The company was reportedly in talks about reversing the blocks, which have had a significant hit on Google TV’s usefulness. Hulu (a joint operation between Fox, NBC, and ABC) was the first major streaming video site to block Google TV.

Content companies are afraid of Google TV’s potential to eat away at already dwindling ad revenues and broadcast transmission fees. Cable and satellite companies, on the other hand, are terrified of the “cord cutting” phenomenon, in which customers cancel their TV subscription to make do with online video offerings like Hulu and Netflix’s streaming video.

“Right now we don’t know the costs versus the benefits, because Google hasn’t done a good job, to tell you the truth, of explaining it,” an anonymous network executive told the SF Chronicle. “We don’t know if there’s a viable business model.”

It remains to be seen if Google TV’s move to YouTube will help. The streaming video site has recently brought on Dean Gilbert — who previously worked on Google TV — as vice president of content partnerships, and former Netflix content acquisition VP Robert Kyncl. It certainly makes sense for Google TV to be wrapped into YouTube — ideally, content partnerships can now be worked out for both services at the same time.

We’ve yet to see any major acquisitions from YouTube’s new management, as NewTeeVee’s Ryan Lawler points out. Up until now, YouTube has only been able to rope in short clips of new shows and episodes of much older shows.

Google needs to convince content partners that they’ll be gaining more than they’ll lose by working together with its bold new TV plan. But at this point, Google’s only solution may be to pay hefty up-front licensing fees, similar to what Netflix has worked out with many studios.