The Internet has created a world where value is determined by virality.

The entertainment industry despised BitTorrent for many years because it made it easier for consumers to access content without paying for it. Music, television, and film all struggled to adapt their business models to this new world and figure out how to make money off of “virality” if that content was circulating for free.

BitTorrent made a big push for legitimacy last year, attempting to shed its reputation as a vehicle for pirating content.

It released a new file format called BitTorrent Bundles in September, which gives movie makers, recording artists, authors, and any other content creator the ability to embed a mini-store inside their work. This was revolutionary because it turned sharing into currency, meaning the more viral content gets, the more money it makes.

Finally, a content distribution format designed for the Internet era.

Those efforts have paid off. World famous musicians, including Madonna, Lady Gaga, and Moby have created Bundles, as has an Oscar-nominated documentary titled the Act of Killing, and celebrity author Tim Ferriss. 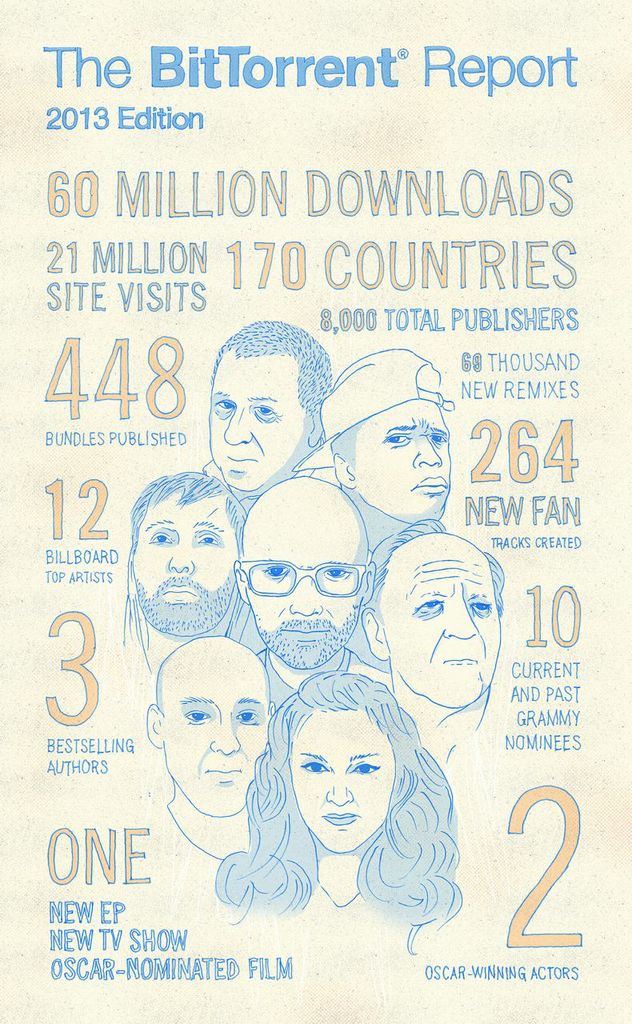