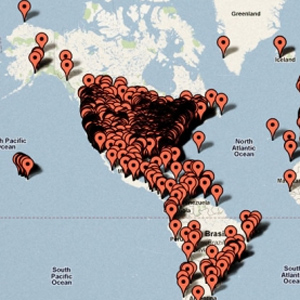 Online publishing software company WordPress released some incredible growth statistics Friday, including that WordPress is running on top of 14.7 percent of the world’s top one million websites. Almost equally astounding is that 22 of 100 new active domains are running on WordPress.

One year ago, WordPress was used by 8.5 percent of the world’s top million sites, so it’s astounding how many domains are using it now. In July, WordPress-based sites passed the 50 million marker. And many of the most prominent blogs around the web, including VentureBeat, are also using the platform.

Matt Mullenweg, the founding developer of WordPress, told VentureBeat he’s very pleased with the numbers. WordPress got its start as a tool to make blogging easy, but it’s increasingly sought out by business and personal sites that aren’t blogs. The big question now is, where does WordPress go from here?

“The joke is that we have 85 percent yet to go,” Mullenwag said. “But some sites and businesses are doing more advanced things with it as a platform and we’ll probably see more of that.”

Mullenwag gave some examples of sites he thinks exemplify the future of WordPress and show off what it can do, including Jay Z’s Life + Times lifestyle magazine, art project Clouds 365, and awesomely designed time-waster Who Would Win a Fight.

Mullenwag also sees developers using WordPress more often as a platform for web applications. “Because it’s open-source, there isn’t an exact end point for what developers can do with it,” Mullenwag said. “A lot of big businesses and startups are interested in using it.”

Those interested in hearing more about where Mullenwag sees WordPress heading in the future can watch last week’s State of the Word presentation below.