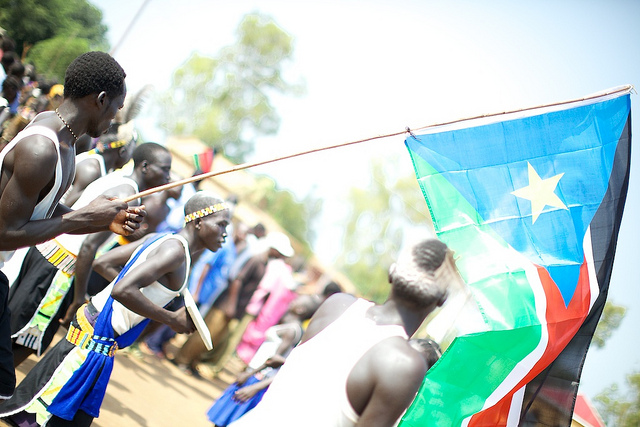 The new nation of South Sudan celebrated its birth with flag-waving, street celebrations and an official liveblog.

“FREE at last!” proclaims the website goss.org, which states it is the official website of the South Sudanese government.

Scroll down, and you find regular updates from the streets of Juba, where the blog notes that jubilant citizens are gathering to celebrate the creation of the new South Sudanese state. The blow-by-blow account records what was going on in the streets, which dignitaries arrived for the occasion, and what was said.

1.40 pm – The national anthem of the Republic of South Sudan is played. The crowd is electrified.

Liveblogging emerged in tech journalism as a way of covering live events in real time. This is the first time we know of that it’s been used to document the birth of a nation. The fact that it appears on the country’s own website suggests that while South Sudan may be poor, it’s got some web savvy.