The LA Times is reporting that Yahoo is the undisclosed potential buyer that made an offer to purchase popular video streaming company Hulu Tuesday.

Acquiring Hulu does make sense for Yahoo, which is looking to extend into the online video market. The company purchased social television startup IntoNow in April and lost a bid to acquire movie website Flixster (along with Rotten Tomatoes) in May. 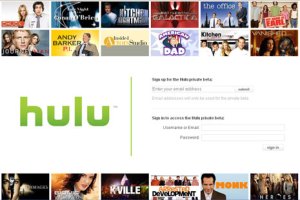 Yahoo has undergone several restructuring initiatives over the past few years, but its efforts to turn the company around have been largely unsuccessful — leaving some to speculate that the news is bogus. Keep in mind that the price tag on Hulu has got to be huge.

If Yahoo does buy Hulu, the company could easily follow the same strategy pursued by AOL, which acquired the Huffington Post in February and installed Arianna Huffington as editor of all publications. TechCrunch recently reported that Yahoo board members were quietly seeking a replacement for current Yahoo CEO Carol Bartz. That replacement could be Hulu CEO Jason Kilar, who would then be in a perfect position to lead Yahoo in a new direction, focused in part by licensed streaming video content.

Hulu, all the companies that own part of Hulu (Disney, News Corp., Comcast and Providence Equity) and Yahoo itself have all declined or were unavailable to comment on the acquisition rumors.

Also, news organizations responsible for breaking the story on Hulu’s possible sale have all attributed the information to unnamed sources with vague attribution — meaning nothing can be confirmed or denied at this point.