YesVideo wants to create a movement around saving memories stored in old home videos. And it wants to do so by investing $6 million in its Legacy Republic division, which will hire consultants to help people convert their family photo albums and videos into digital formats.

YesVideo has stored digital conversions of video in the cloud for more than 8 million families since 1999. But it drives much of that business through its advertising deals with retailers such as Wal-mart and Target. With Legacy Republic, it is going directly after home consumers. And it is doing so by enlisting consultants who are like the modern equivalent of Tupperware party hosts. For a cut of the revenues, these consultants act like scrapbook experts, showing people how they can preserve video memories by sending their old tapes to YesVideo.

Santa Clara, Calif.-based YesVideo uses advanced conversion and cloud technology to store videos in the cloud. Legacy Republic estimates there are 90 million families in the U.S. that have collectively stored more than 2 billion videos and photo albums in non-digital forms. These family memories are often poorly stored in attics and garages, and they’re at risk of loss to fire or natural disasters.

Becoming a consultant for Legacy Republic is like being self-employed. Legacy Republic incentivizes consultants to perform game-like missions. The company arms them with iPad apps to make it easy to demo the cloud-based family videos. 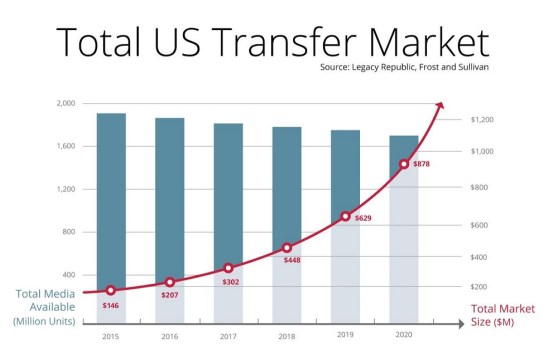 Above: The U.S. video and photo transfer market

Customers pay a fee for each tape, sending them off to YesVideo for conversion to DVDs and online video.

“We have reached a critical time at which decades of family memories that have been captured through analog media are at the point of deterioration or at risk of complete loss,” said Knapp. “By helping friends, families, and communities understand the importance of preserving priceless family memories, irreplaceable photos in albums and video-captured moments will be safe and secure for generations to come.”

“In 2014, why would families preserve their memories in a physical photo book or be compelled by viewing a static family tree when they can experience the sight, sound, and motion of home videos again and the careful curation of an old photo album as an electronic book? Legacy Republic is the future of family history and memories,” Knapp said.

Legacy Republic will run as a separate business with the funding from YesVideo. But it will leverage the core digitization technology at the parent company’s operations in Santa Clara, Calif., and Atlanta, Ga.

YesVideo customers have uploaded more than 1.3 petabytes of videos and photos to the cloud, and so far, there have been no security breaches. YesVideo said it is the biggest memory saver in the country. The company has 250,000 monthly active users who share their memories with other users, compared to 90,000 a year ago.

YesVideo charges an upfront fee of $25 per videotape, or $9 to $70 for a film reel transfer. You get unlimited storage and no annual fees, thanks to YesVideo’s partnership with Amazon. YesVideo operates a home media transfer and digitization service. But more than that, it has positioned itself as trustworthy enough to store and protect your most precious memories. And you can gain easier access to them via an app, DVD, or web site. 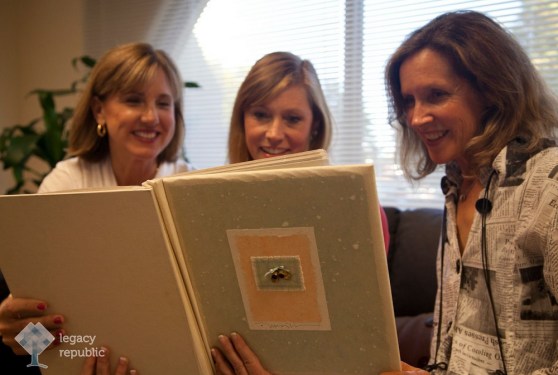