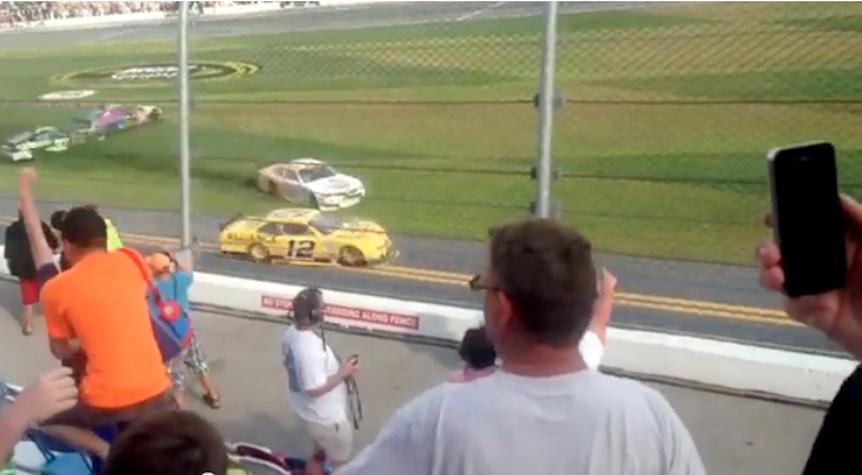 Yesterday NASCAR send a DMCA (Digital Millenium Copyright Act) takedown notice request to YouTube concerning a video of a horrific crash at the Daytona Speedway that injured 28 people in attendance after debris from the 10-car wreck was sent flying into the crowd. (Video embedded below.) And while it was initially removed, YouTube restored the video on the grounds that it had not violated any copyright owned by the motor sporting organization, who clearly wanted to minimize coverage of the wreck.

“Our partners and users do not have the right to take down videos from YouTube unless they contain content which is copyright infringing, which is why we have reinstated the videos,” YouTube wrote in a statement sent to the Washington Post.

The video, NASCAR  says, was initially blocked out of respect to the families of those that had someone injured in the wreck. The truly sad part about all this is that most media companies and organizations treat YouTube as if its a personal extension of their product, as is the case here.