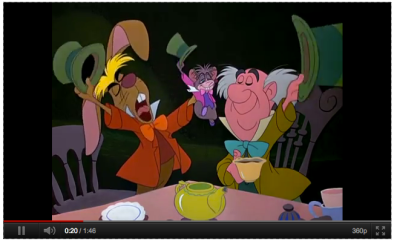 Children are becoming increasingly interested in playing, imagining and being entertained by the internet over traditional forms of family play. According to a survey performed by Nielsen, 44 percent of kids aged 6-12 want an iPad for Christmas, closely followed by an iPod touch. Where families once gathered around the glowing fire, now we’re gathering around the glowing screen and YouTube is keeping us there with nostalgic Disney classics and new titles for rent.

Along with its user-driven content, YouTube has sported television shows and movies and become a TV station of its own. To continue this, the company announced a partnership with Disney earlier this month, to bring original content to the website. The deals helps glue together two companies in need, YouTube filling Disney’s need to connect with new audiences in the digital age, and YouTube’s need for original content that makes it competitive with the Hulu’s of the internet.

Currently available Disney movies include the original Alice in Wonderland, Winnie the Pooh and Pirates of the Carribean: On Stranger Tides, as well as Pixar creations Cars, and Cars 2. YouTube plans to release more movies in the coming weeks. Also in the pipeline are “extras” such as cast and crew interviews and behind-the-scenes looks.

You can rent and watch the movies at youtube.com/movies.