Google is today expanding its premium YouTube TV streaming service to the majority of locations in the U.S., with the rest to follow shortly.

YouTube has long evolved beyond its origins as a platform for sharing cat videos and is now a major player in the mainstream entertainment sphere. The company already offers two premium video offerings. YouTube Premium, rebranded from YouTube Red last year, costs $12 per month and gives you ad-free access to all videos (plus YouTube Music). And then there is YouTube TV, which is essentially an online cable bundle that launched in conjunction with 40 networks back in early 2017.

Ultimately, YouTube TV is about serving up live, linear television and on-demand content without the need for a cable box or lengthy contracts. You pay $40 per month and receive six accounts to cover everyone in the household, while a cloud-based DVR service means you can record as much as you like without storage limits. 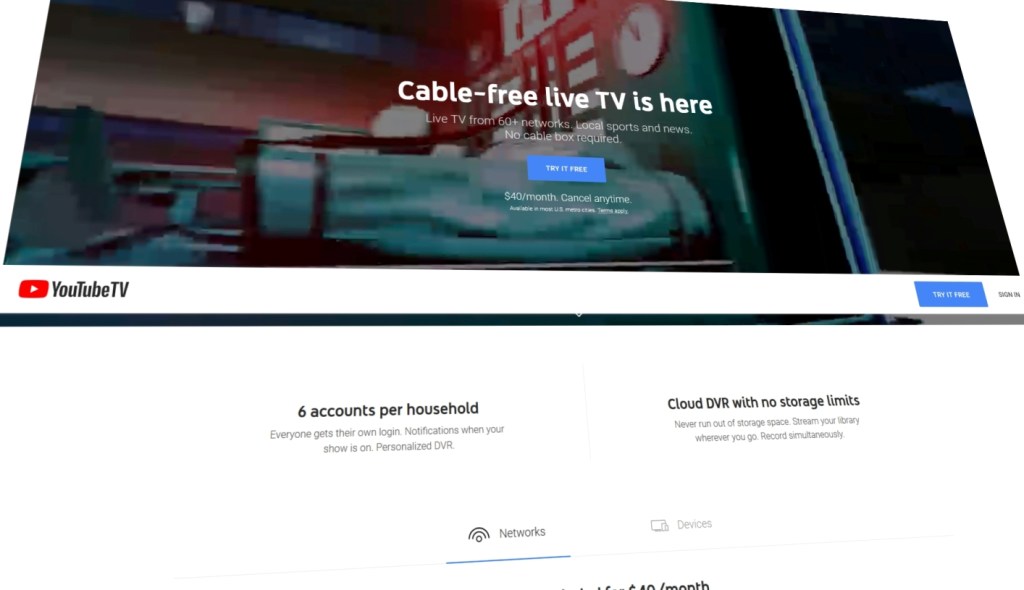 At launch, YouTube TV was available through mobile apps in five markets. In the nearly two years since its introduction, it has arrived on the big screen via apps for Android TV and Xbox, as well as Apple TV and Roku, and expanded to 100 U.S. markets, covering 85 percent of households. Now it’s landing in an additional 95 markets, which will extend this coverage to 98 percent of households. Other markets not yet covered will soon be added to the mix.

“Since YouTube TV’s early days, it’s been important for us to create an experience that brings the best of your favorite TV content to you,” said YouTube TV program manager Ben Moores in a blog post. “This includes offering local feeds from broadcasters, so you can catch up with the content that matters to you. With this expansion, we are providing complete local affiliate coverage with local feeds from all the four largest broadcasters in over 90 percent of the markets where YouTube TV is available.”

Since its launch back in 2017, YouTube has expanded its coverage to support live TV from more than 60 networks. You can also access extra channels, such as AMC Premiere, NBA League Pass, Showtime, and Starz, for an additional monthly fee.

It’s also worth noting the timing of this launch — with Super Bowl LIII coming up in just a couple of weeks, Google clearly wants to bump up its subscriptions.

“Just in time for the big game, you can now pair your heart’s desire for buffalo wings, chips and dip, and potato skins with the full experience of YouTube TV,” added Moores.