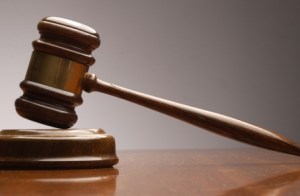 Google said today that it has won its court case against media conglomerate Viacom, which was suing Google for copyright infringement on its video supersite YouTube.

However, the legal battle is likely to continue as Viacom appeals the decision in higher courts.

The search giant’s attorneys asked a federal judge to make a “summary judgment” in the case without going to trial, arguing that YouTube is protected by the safe harbor provisions in the Digital Millennium Copyright Act. Those provisions shield Internet service providers from copyright claims if they take down infringing material when notified. The judge sided with Google, saying that YouTube is indeed protected by the DMCA.

Google describes the decision as “an important victory not just for us, but also for the billions of people around the world who use the web to communicate and share experiences with each other.” That sounds a bit grandiose, but other Web companies were certainly keeping a close eye on the case and its legal implications — eBay, Facebook, Yahoo, and IAC sided with YouTube last month, saying that Viacom’s arguments could “retard the development of the Internet.”

Viacom, meanwhile, said in a written statement that it plans to appeal:

We believe that this ruling by the lower court is fundamentally flawed and contrary to the language of the Digital Millennium Copyright Act, the intent of Congress, and the views of the Supreme Court as expressed in its most recent decisions. We intend to seek to have these issues before the U.S. Court of Appeals for the Second Circuit as soon as possible. After years of delay, this decision gives us the opportunity to have the Appellate Court address these critical issues on an accelerated basis. We look forward to the next stage of the process.