For Apple-focused writers, no subject is as thankless as a “what should Apple do” article. Why should any mere journalist presume to offer guidance to a company that has weathered decades of second-guessing, only to emerge at the very top of the heap? Some of Apple’s more… devoted fans treat even light criticism of the company as heresy.

I believe that even wildly successful companies can get better, and that for all of its financial acumen, Apple could clearly benefit from some outside perspective to improve in 2018. In that spirit, here are 10 topics for consideration and discussion; I hope they inspire Apple to “think different” next year.

Two years ago, Apple introduced a new feature called Proactive that was supposed to use time or location information to help surface apps and information — a narrower version of Google Now. iOS devices need to be smarter and more capable than that.

Between location services, Bluetooth pairing, and Wi-Fi/cellular connections, your iPhone should know when it’s in your car and be able to follow predefined “car rules,” like “don’t start randomly playing a song from my music library just because you connected to my car stereo.” (Seriously, why does it still do that?) Similarly, a “home” profile might tell an iPad to automatically connect to a favorite speaker system or a bedroom TV, while an “office” profile could route all audio to AirPods and automatically open a specific work app. You could create profiles for the specific scenarios that fit your life, triggered by location, time, or pairing with certain accessories, and your iOS device would behave accordingly.

Apple killed the iPod Shuffle, Nano, and Classic, but the iPod Touch is still alive. The iPod name is still a solid brand, and in the hands of the right dedicated marketing and third-party software team, the Touch could easily be refocused and pitched as a viable competitor to Nintendo’s Switch — which has been deemed a mega hit on the strength of selling 10 million units in a year. Heck, if Apple doesn’t know what to do with the iPad Mini (kids still love it), the smaller tablet could fall into the iPod family, too.

Alternatively, Apple could simply repurpose the iPod Touch in a new housing as a $150 desktop-tethered competitor to Amazon’s video-capable Echo models. The OS, apps, and chips are all there — all that’s needed is a new screen and housing. Again, using the iPod name for a product that’s not meant for computing would be fitting.

Thanks to competing 9.7-inch and 10.5-inch devices in the middle of the iPad family, as well as Wi-Fi and Wi-Fi + Cellular versions of every iPad at every capacity, the iPad lineup has become too big. Similarly, the iPhone family now includes eight different devices, six of which (iPhone 6s, 7, and 8) don’t all need to exist — they stand out like a repetitive sore thumb in the image above. And there are too many versions of the Apple Watch to count, thanks to multiple series, sizes, materials, straps, and branded strap bundles. These product lines are a mess, just like Apple’s 1990s Mac lineup was before Steve Jobs took an axe to it.

Solution: Streamline every product line. Keep three iPads (say, 9-inch/11-inch/13-inch without Home Buttons) in regular and Pro versions, the latter with higher capacities and integrated cellular as an option. Launch two iPhones — iPhone 11 and iPhone 9 — each in three screen sizes (S/M/L), with the 11 a year ahead of the 9 in processor speed, camera performance, and materials.

And sell two Apple Watches — Series 4 and Series 3 — each in two sizes, in aluminum/steel/ceramic materials, always with an Apple sport band included. Since Apple Watches are supposed to be personal and customizable, users should be able to download new Faces from a Watch-specific store, and customize any Watch to look the way they prefer. Buy a Nike or Hermès band separately and get a download code for a special watch face. 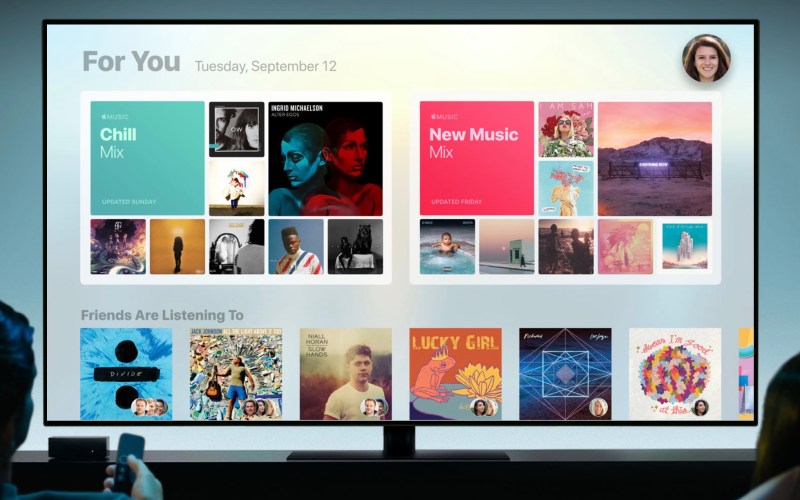 7. Get real already with the Apple TV

It’s unfortunate but not surprising that the Apple TV business remains disappointing for Apple — every generation, it somehow finds ways to lag behind smaller competitors in everything from pricing to apps. It currently sells 3 Apple TV models at $149-$199 prices that don’t make much sense, given that Roku’s most powerful 4K device sells for under $100, and the market has largely shifted to sub-$70 streaming sticks.

Apple blew its chance to get people to buy Apple TV apps and games (the latter over a stupid joystick policy), so a $99 Apple TV 4K with 16GB would be fine for most people; unless something huge is going to change with developers this year, the Apple TV only exists to stream videos and music. Support for 4K or better-than-720p streaming from iOS devices with 4K video cameras is overdue, too.

Owners of the 2016 and 2017 MacBook Pros know that the machines radically underperform Apple’s marketed longevity estimates under most conditions. A Bloomberg report late last year suggested that Apple knew as much when it shipped the 2016 Pros, as a more capacious battery solution flunked testing at the last minute, leaving the Macs underequipped.

These machines simply cannot be used for “Pro” purposes as long as users would expect, and Apple should provide a solution, perhaps a working version of the tiered battery originally planned for the machines. If iPhone 6-like class action suits are necessary to make MacBook Pro buyers whole on this, so be it.

I discussed this topic in a separate article yesterday — to sum it up, Apple needs to improve and expand Siri’s capabilities to match its best AI assistant rivals, as well as to offer Siri devices that can be placed all throughout a home. Amazon (Echo Dot) and Google (Google Home Mini) have figured this out, and are being rewarded for it with record hardware sales and chart-topping app downloads.

There is no way Apple’s upcoming $349 HomePod is going to have the same impact. It’s time to adjust course, now. 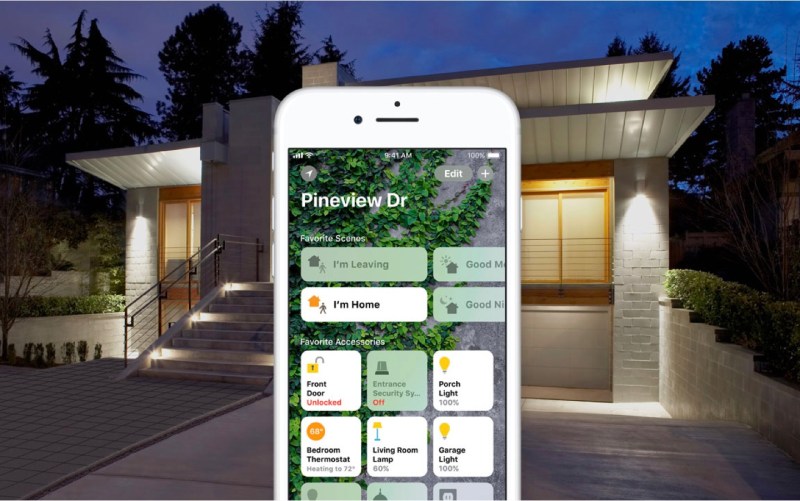 Apple’s pitch to accessory developers for the past 13 years has been “pay us fees, follow our rules, make exclusive accessories for us, and gather money from our customers.” For users, Apple’s pitch has been “Apple-approved accessories cost more because they’re tested to be safe and device-compatible.”

But as Apple’s recent HomeKit security debacle, prior failures with AirPlay speakers, and botched transition to Lightning connectors demonstrated, the company’s “do it our way” approach isn’t working so well for consumers or developers. Over the past decade, Apple has reduced a once thriving accessory market to rubble, and turned millions of customers towards more reasonably priced alternatives from no-name brands and cloners. As AR, VR, AI, and other disruptive technologies gain steam, it’s time for Apple to overhaul its accessory licensing business and start working with the next generation of hardware developers rather than trying to control them. 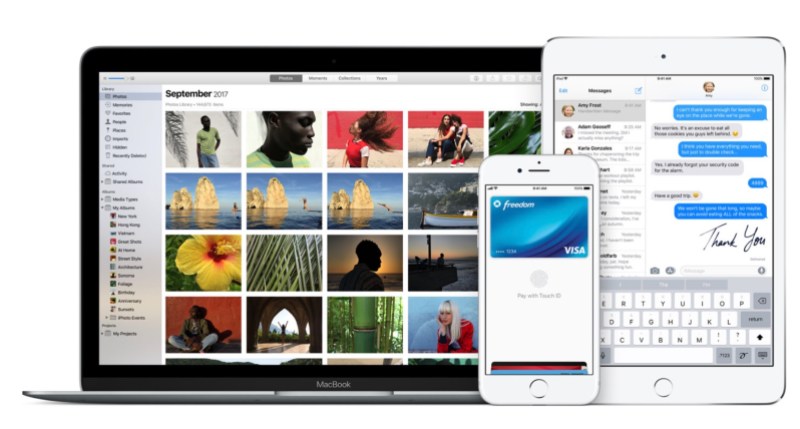 3. Merge Mac and iOS apps with a cross-platform focus on touch input

Bloomberg confirmed this month what (most) Apple fans have wanted for years: Macs will soon be able to run iOS apps. Apple could deliberately try to keep forcing people to buy separate laptops and tablets, but it needs to look at the bigger picture and embrace what customers want.

Step one: Let any iPad and iPhone app run in a window just like Xcode’s iOS development tool Simulator, with the trackpad or mouse handling as much interaction as possible, and enable developers to choose alternate Mac UIs if they want. That will pave the way for Apple to… 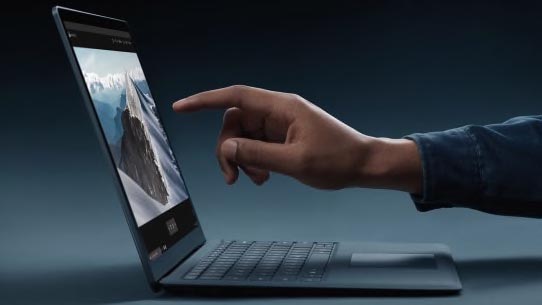 Apple has been embarrassingly, completely wrong on this one; people want touchscreen Macs, and it’s crazy that you can walk into a Microsoft Store today and find many Mac-like laptops and desktops that allow seamless touch and stylus input… at lower-than-Mac prices.

The MacBook “Touch Bar” has turned out to be an expensive distraction for Apple; few developers care about it, and users don’t seem to be using it. So it’s time to embrace touchscreens across as many Macs as possible — combined with trackpads and styluses, they’ll make a lot of users happy. Happier than the Touch Bar does, for sure.

If Apple outwardly cares about its customers, you’d never know it from its public relations department. Readers generally don’t realize that Apple commonly ignores requests from writers who are covering Apple’s products and events. They also might not know that Apple commonly seeds information to specific “friendly” writers who reprint the company’s statements verbatim, or that Apple limits access to its events and new devices to people who won’t be particularly critical.

In 2018, if Apple is going to claim to be a virtuous company, it needs to clean up its main interface with its customers: its public relations department. Rather than using fanboys and shills to disseminate information, Apple needs a properly functioning PR department that reaches out and responds to a wide array of people. It similarly needs a fair system of extending access to events and new products to journalists with different viewpoints. A more open and responsive Apple will lead to more reasonable coverage from the press, and quite possibly fewer lawsuits from angry, arguably misled customers.

Given how 2017 ended for Apple, wouldn’t that make the new year wonderful?