The Google Cardboard virtual reality headset and app platform has been out for a while now. It was introduced at the Google I/O developer conference in June 2014, but it’s not the most well understood technology out there. Perhaps the best way to understand it is to try it out. Fortunately, Google has been showcasing Cardboard-compatible apps in a special collection in the Google Play Store.

I’ve been exploring the apps in that collection. While some don’t appeal to me, others are downright awesome. The apps have helped me understand that you can actually pull off some impressive stuff when you stick some pieces of folded up cardboard on top of an Android phone and hold it up to your face.

And that speaks very well to Google, which is going low-tech in comparison with virtual reality and augmented reality efforts from companies like Facebook (with Oculus Rift) and Microsoft (with HoloLens). Apple may also be working on something; it recently acquired augmented reality company Metaio.

If you haven’t gotten yourself a Cardboard headset, you can order one for around $20 here or build your own using Google’s instructions (ZIP file). Once you’ve got your Cardboard ready to go, install the Cardboard app, which has a convenient shortcut to the Cardboard section of the Play Store.

Now, here are a few apps to check out first. 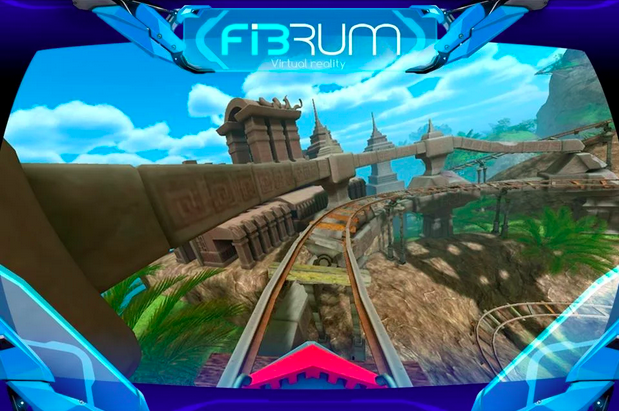 This has got to be your first Cardboard experience. Courtesy of Russian dev shop Fibrum, Roller Coaster VR sets you in a car on a rickety, barely functioning roller coaster, and you proceed to ride up, down, and around an apparently forgotten land made beautiful with giant trees. The app has gotten 1-5 million downloads in the Play Store, putting it ahead of many other Cardboard apps. 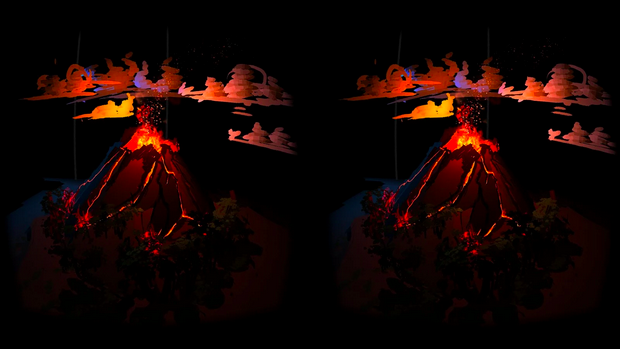 Tilt Brush Gallery lets you look at cute three-dimensional artistic sketches of scenes and objects that were made in the Tilt Brush app. It would be cool if you could create images in the app, not just view them. Maybe that’s the vision that Google had when it acquired the Tilt Brush team, Skillman & Hackett, earlier this year. The app has the potential to be one of the top trusted apps for making art on Cardboard. 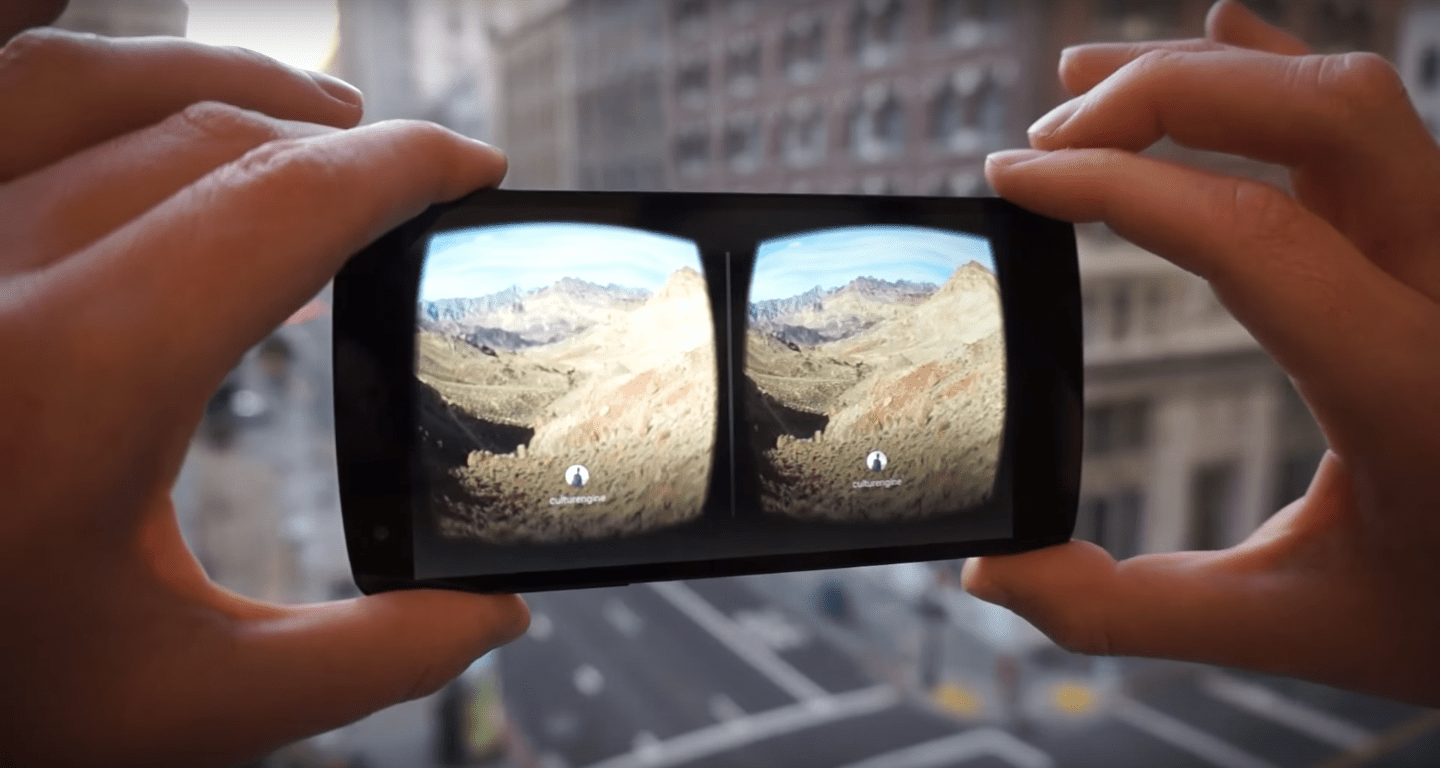 Seene could become the default photo sharing app on Cardboard. Seene, which first launched in 2013, lets you make three-dimensional images with your smartphone camera, and then share the images with others and rack up favorites and comments. Now you can view images in Cardboard, or in the more traditional way of using your Android phone. Obvious Engineering, the computer-vision startup behind Seene, has offices in London and San Francisco. 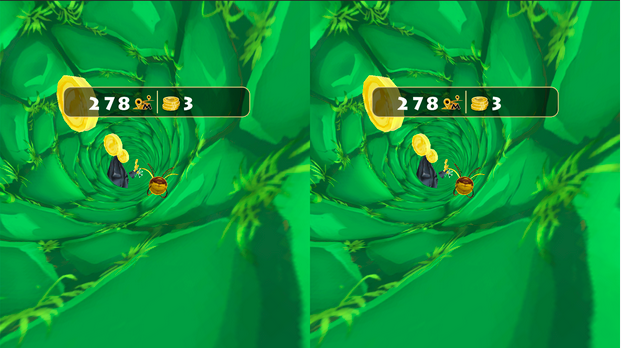 Lamper, from Canadian virtual reality studio Archiact, turns you into a firefly for a while and lets you fly around through a tunnel to avoid obstacles and collect coins. It’s just plain old fun. 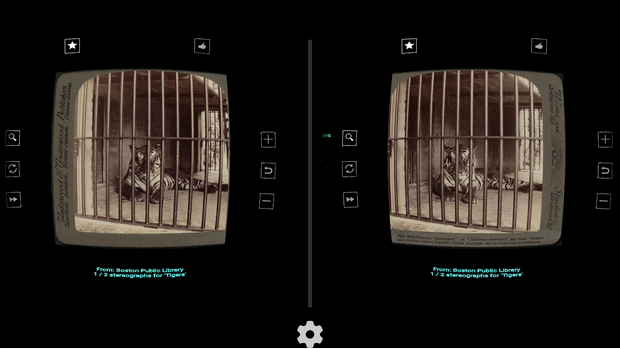 Stereogram comes to you courtesy of independent developer David Quaid, who happens to work at Google. The app shows you historical stereoscopic images on file at the New York Public Library and the Boston Public Library. Using voice queries, you can search for certain places or things. I found 475 images when I searched for “San Francisco.” You can flip through them, zoom in, and generally appreciate the fine art of stereoscopy — a predecessor of sorts to Cardboard and other virtual reality headsets becoming available now. 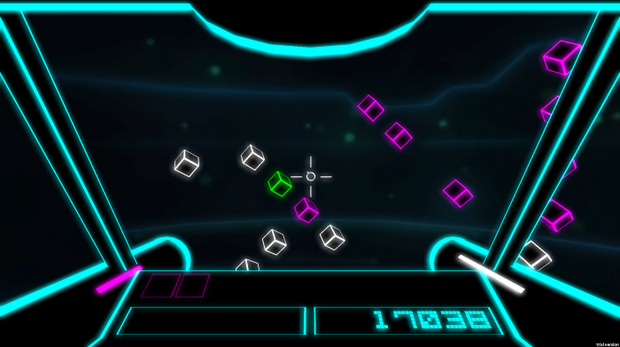 Beaturret VR from independently owned Lunchbox Studios is a futuristic music-oriented game where you shoot boxes in space with laser beams and collect points based on your ability to blow up boxes in time with music. It’s hard to ignore the temptation to bob your head to the audio while playing this one. 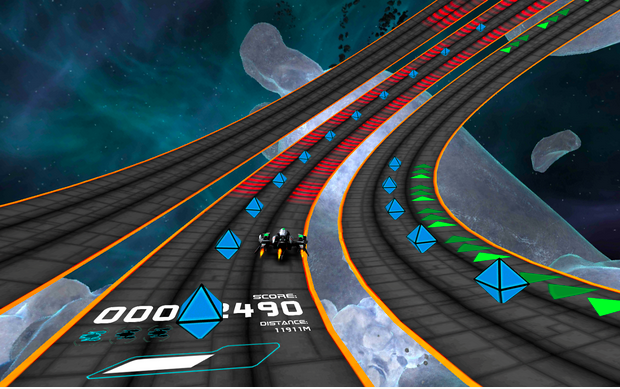 Radial-G Infinity, from UK-based Tammeka Games, is a racing title that first picked up attention last year through a Kickstarter campaign. The idea is to race around a track as a drones blow up parts of the course in order to make you fall off. You can accelerate, pick up a shield, and find bombs.

8) Lost in the Kismet 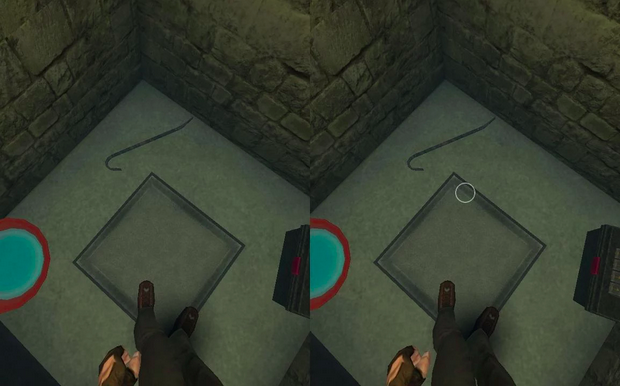 Above: Lost in the Kismet.

Lost in the Kismet is a thinking person’s VR game from development group fast Company. The experience contains rooms full of objects to pick up and interact with. Escaping is the stated objective, but really, you are trying to figure out how everything works and, at a deeper level, what the heck is going on. It’s mysterious and fun, just like the Myst PC game that everyone seemed to be playing in the ’90s. 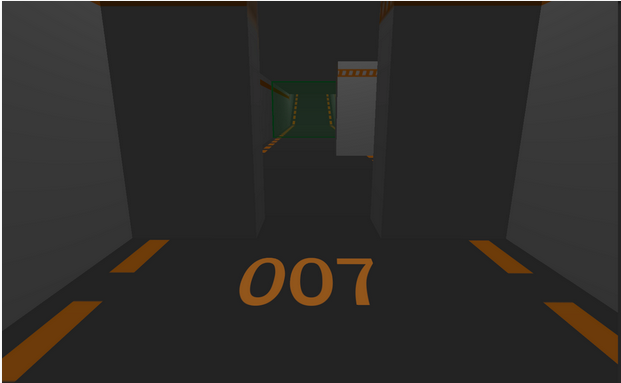 Corridoom VR, from Indonesian game developer Raka Mahesa, is just as simple and addictive as Flappy Bird, Duet, and even Rovio’s Angry Birds. You’ll hear corny old-school digital music playing in the background as you run through a dark tunnel and try your best to avoid slamming into walls by turning your head left and right.

Google’s YouTube app for Android now functions as a repository of Cardboard-compatible videos. Just search for #360video, load up a video that looks interesting, and tap the Cardboard icon that pops up in the bottom right corner of the clip. A wide variety of original content already exists, and the widespread popularity of YouTube — the service has more than 1 billion users — leads me to think options are only going to get better.

The Cardboard application platform itself should keep expanding, too. Cardboard hit the market and got developers tinkering before final consumer versions of devices like the Oculus Rift and the HoloLens have become available. That lead, combined with Cardboard’s low price point, potentially means Google could become a major player as a VR platform provider for years to come.