The Windows Phone Marketplace has finally hit the 100,000-app milestone. To date, the platform has had 100,145 apps submitted to the Marketplace, of which around 89,788 are still live today.

More importantly, almost exactly two thirds of the apps in the Marketplace are free. A further ten percent offer a free trial period, after which they are paid apps. Of paid apps, around 62 percent cost $0.99, and 81 percent of paid apps sell for less than $3 each. 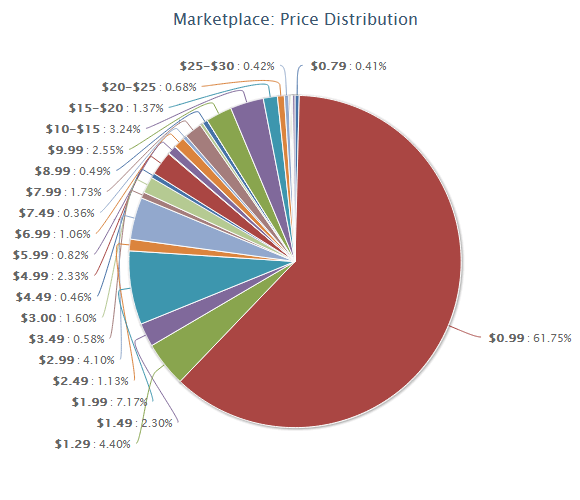 These stats come from blog AllAboutWindowsPhone; we’re currently in touch with Microsoft for verification and will update this post as soon as we have it.

AllAboutWindowsPhone also noted that each Windows Phone publisher will come out with four apps, on average, and the huge majority of the applications for Windows Phone are in English for use in English-speaking countries.

The Marketplace has been gaining around 313 apps per day or 10,000 apps per month, give or take, since at least last December — around the time we started getting our hands on Lumia models.

Downloads aside, only around 12 percent of the apps currently available in the Marketplace have been rated five or more times by U.S. users (8 percent in the UK). While the Windows Phone app offerings are growing faster than Android’s (but slower than iOS’s), the quality seems to be on par with the quality of apps on competing platforms.

Here’s a breakdown showing the different types of apps and games in the Windows Phone marketplace: 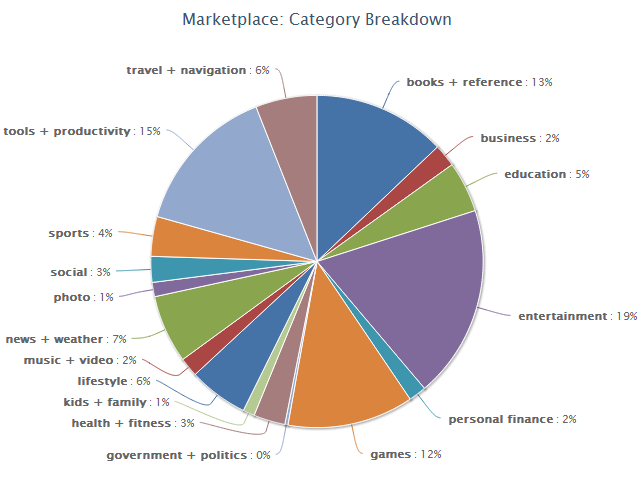 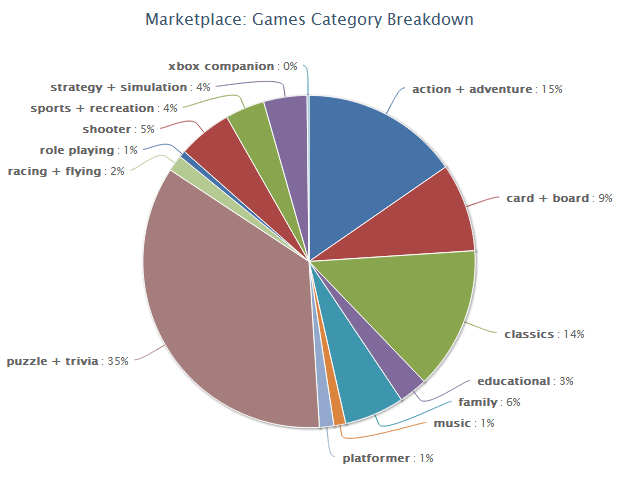