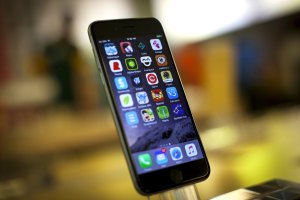 “When you’re talking about commerce or mobile apps for business, if you’re not approaching those markets with a mobile-first mentality, you’re not going to win,” general partner Kevin Spain told me last week.

And interestingly, given that international markets such as India and China are overwhelming mobile-first, with most connected members of those societies having a phone as their first — if not only — device, it’s likely that we’ll start seeing some of the global leaders in enterprise tech emerge from those spaces, in spite of the fact that current leaders are overwhelmingly from the U.S. and Europe.

Such as the Chinese giant Alibaba, for instance.

Emergence Capital is currently tracking 313 companies in the mobile enterprise applications space, which includes health care, education, retail, and other verticals, as well as horizontal technologies in categories such as productivity, sales, recruiting, and payments. Companies in the landscape include Dropbox and Box — both in the category that has taken the most funding, at $1.4 billion — as well as Square and Doximity. 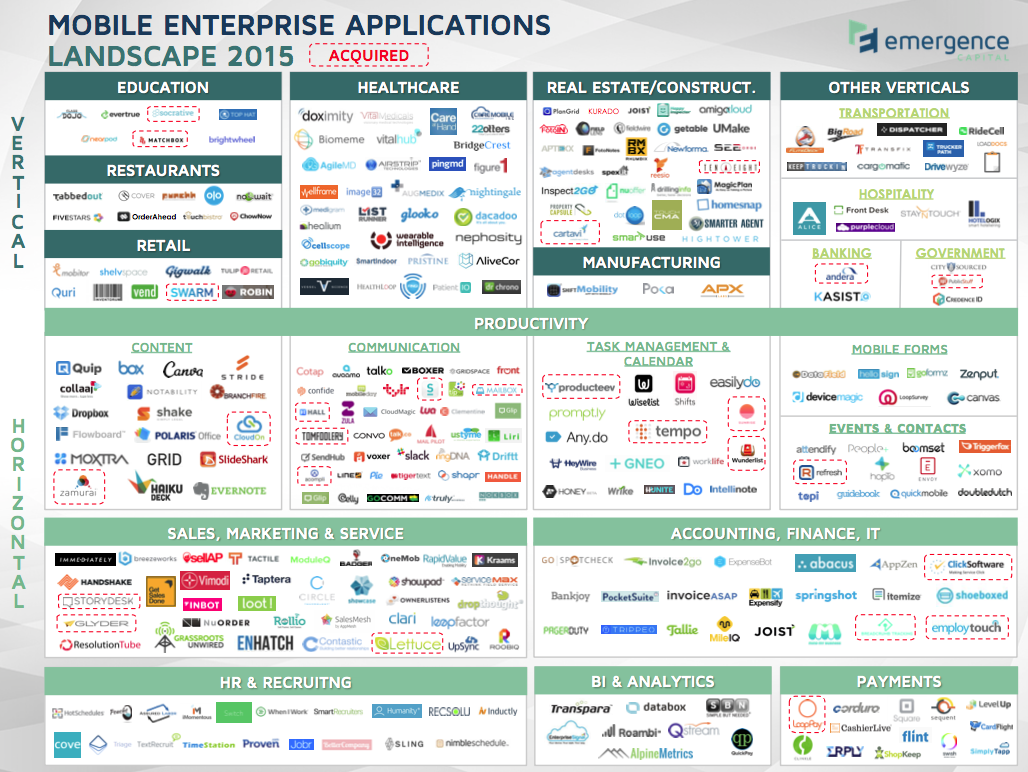 That’s grown by 20 percent in the past year, and interestingly, a third of those companies are focused on vertical opportunities, something that’s different from the early days of web-based SaaS companies, Spain said, when nearly all companies were cross-industry.

Perhaps not surprisingly, Microsoft has been a big acquirer here, having bought three mobile enterprise companies, all focused on productivity.

Emergence is also tracking another 220 “mobile enterprise enablers,” companies that don’t provide a service or product that is sold to companies for internal use, but a technology that is used inside their mobile apps or in the creation or marketing of their mobile apps. These include user acquisition and app discover services, monetization companies, mockup and prototyping services, app testing, and more. 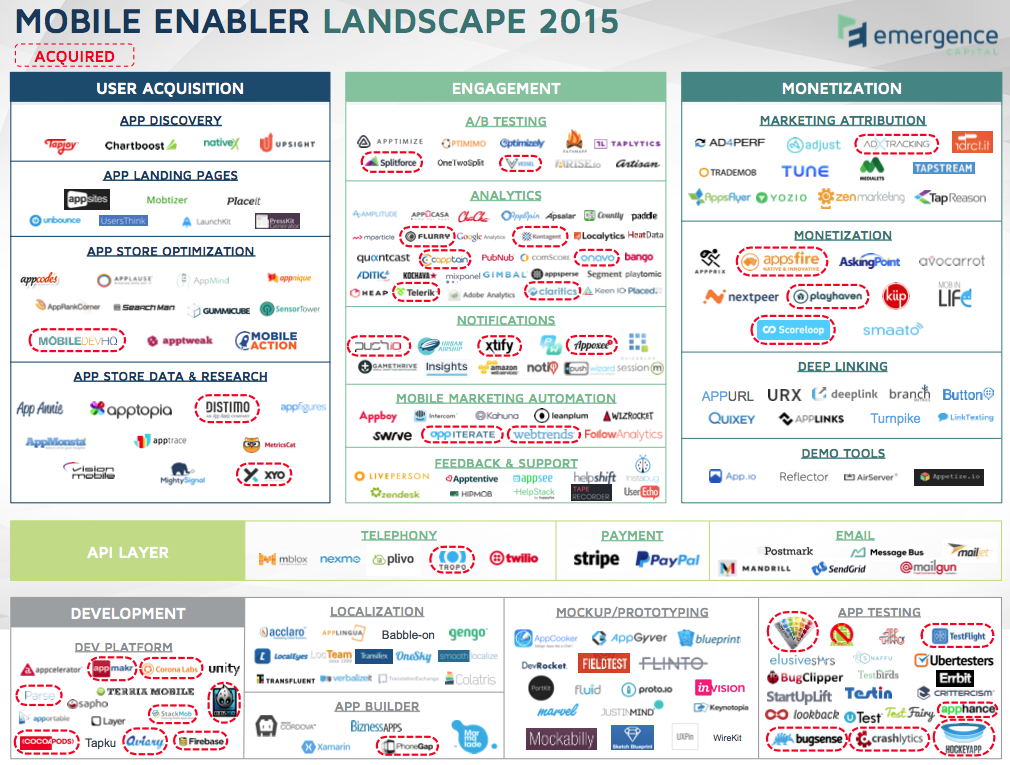 Here Spain has noticed an increasing degree of consolidation, as user acquisition and monetization and engagement and analytics are increasingly being glued together into a single solution and single SDK.

“A key reason why there is so much consolidation is a desire to have as few SDKs in an app as possible … SDKs definitely affect performance,” Spain told me. “Another factor driving consolidation is that all these functions leverage the same core data set: user engagement, acquisition, monetization. If you built an app on that dataset already, you’ve got the foundation.”

Deep linking, payments, telephony and development platforms are some of the areas with the most investment in the enablers landscape, but analytics has the most, with $395 million in investment.

“These companies have become the central place that mobile application developers go almost minute to minute to see how things are tracking,” said Spain. “It’s almost more critical in the mobile space than on the web.”

So what are we going to see in the future?

Another prediction: Mobile enterprise will grow significantly in emerging markets that are almost completely mobile-first.

The $100 billion revenue opportunity comes from Emergence’s estimate of $40 of value per knowledge worker that enterprise apps can access, multiplied by three billion global knowledge workers. Today, however, that’s only about $500 million in mobile-only value. That compares to $500 million in cloud revenue in 2005 — a number that one company quadrupled in just one quarter in 2015.

The lure for entrepreneurs and VCs?

Mobile is a much faster-moving space than the Web, which means that the mobile enterprise and enablers spaces could grow even faster.

The entire report is on Slideshare, or you can read it here: